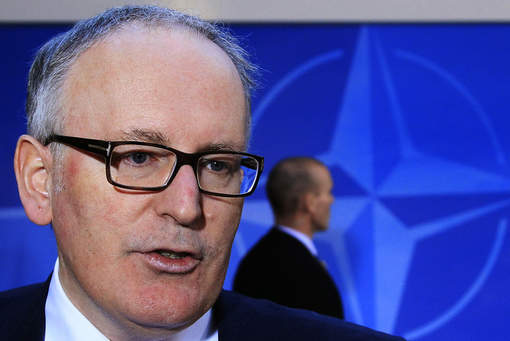 Parliament must sign off on the Cabinet decision, but Prime Minister Mark Rutte’s two-party coalition has a comfortable majority in the 150-seat lower house, so the vote is expected to be a formality. . . .

Timmermans said a maximum of 360 Dutch troops will also be sent to operate the Patriot systems in a yearlong deployment.

From Dutch News:  This is the third time Dutch Patriot missiles have been deployed in Turkey. It happened earlier in 1991 and 2003 as a defence against possible attacks by Sadam Hussein’s Iraq. . . .

From Sara Webb and Anthony Deutsch, Reuters:  "The Dutch deployment of Patriot systems aims to protect the population and territory of NATO ally Turkey and contribute to the de-escalation of the crisis along the southeastern borders of the alliance," the government said in a statement.

The United States, Germany and the Netherlands, the only three NATO nations with the most modern type of Patriots, have all agreed to send missiles to protect their ally.

Germany and the Netherlands have each said they will send two Patriot batteries with multiple missile launchers.

A U.S. defense official said the United States would probably contribute two batteries, but the number has not been finalized yet and could go up. . . .

Each truck-mounted German Patriot battery consists of a command post, a radar to track incoming missiles, and up to eight launchers with up to eight Patriot missiles each.

The system can simultaneously track 50 targets and shoot down five. It takes about 85 soldiers to work one battery plus logistical support.

Patriot missiles have a maximum range of 20 km (12 miles) and defense experts said it would be a stretch for six Patriot batteries to defend Turkey’s 560 mile border with Syria.

"It’s designed to protect a site, a place. It’s not something that reaches out and covers an area," U.S. Army Lieutenant-General Frederick Hodges, commander of NATO’s new land command headquarters in the Turkish city of Izmir, told Reuters recently.  (photo: Reuters)