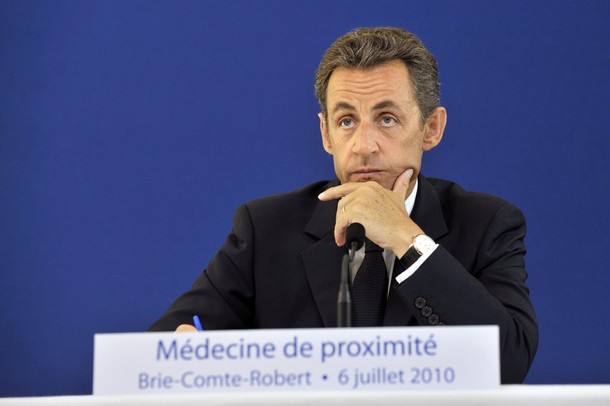 From Katrin Bennhold, the New York Times:  President Nicolas Sarkozy of France was officially drawn into a growing scandal on Wednesday after prosecutors opened a preliminary investigation into allegations that the richest woman in the country made an illegal cash donation to his 2007 election campaign. …

At the core of the current investigation is the charge by a former accountant to Mrs. Bettencourt, 87, the heiress to the L’Oréal fortune.

The accountant told the police that Mrs. Bettencourt’s chief financial adviser had handed an envelope with 150,000 euros, now worth about $190,000, to the treasurer of Mr. Sarkozy’s center-right party in March 2007. The treasurer, Éric Woerth, is labor minister and a central ally of the president’s who is in charge of a politically delicate effort to raise the retirement age in France. …

“Nicolas Sarkozy used to get his envelope, too. It happened in one of the little ground-floor salons next to the dining room. It usually happened after the meal,” she told Mediapart. “Again, everyone in the house knew that Sarkozy, too, went to see the Bettencourts to pick up money. …”

The latest accusations, of secret donations to Mr. Sarkozy via Mr. Woerth, have taken the case to another level.

The scandal is shaping up to become Mr. Sarkozy’s worst political crisis since he took office. It comes just days after two junior ministers stepped down on July 4 amid allegations that they had misspent public money. Alain Joyandet, in charge of overseas aid, had hired a private jet at a cost of 116,500 euros to fly to an international aid meeting in the Caribbean. Christian Blanc, in charge of creating a Greater Paris region, expensed 12,000 euros’ worth of cigars at his ministry.  (photo: Getty)