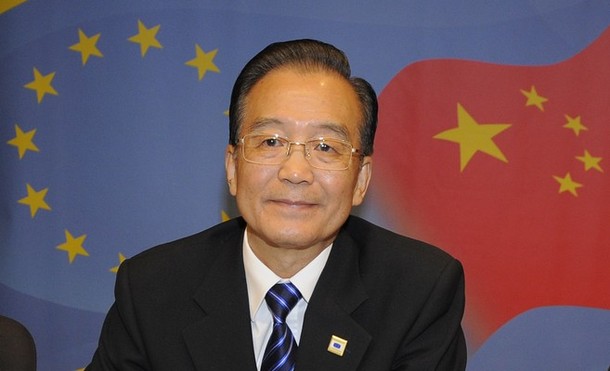 The nub of the matter is a policy paper put forward last month by Catherine Ashton, the E.U. foreign policy chief, that asserts, “The current arms embargo is a major impediment for developing stronger E.U.-China cooperation on foreign policy and security measures. The E.U. should discuss its practical implication and design a way forward. …”

[A European defense] expert, who asked for anonymity, described the driving forces for lifting the embargo as a “moribund European defense sector,” a market in China for European avionics, missiles, combat planes, transport aircraft and satellites, and expanded Chinese espionage operations that attempt to procure European defense technology one way or another.

Add to this list, he said, the perception that the Obama administration, in the context of its “reset” policy with Russia, did not make much of a fuss about France’s now finalized sale of Mistral-class helicopter-carrying assault vessels to the Russian Navy. (According to WikiLeaks, American outrage expressed to the French about the deal stopped at calling it “a mixed message” for the allies and Russia.)

These days, with President Hu Jintao due in Washington for a state visit on Jan. 19, the reset/arms sales connection cannot be far from some European minds. Le Figaro, the newspaper most carefully reflecting France’s desires — Nicolas Sarkozy has repeatedly called on the E.U. to abandon its embargo via a required unanimous vote of its members — has reported this could happen quickly. An explanation: it describes the United States as “losing its grip” on the previously nay-saying British and Dutch. …

Thus, a senior U.S. official’s remark to me last week that “it’s grossly mistaken to think European arms sales is a non-issue, especially considering the new Republican role in Congress.”

The last time there were rumblings of European sales to China (banned by the E.U. after the 1989 Tiananmen uprising), the administration of President George H.W. Bush was sharply opposed, and Congress threatened to cut off U.S. arms exports to any European country actually selling the Chinese military-type hardware.  (photo: Getty)