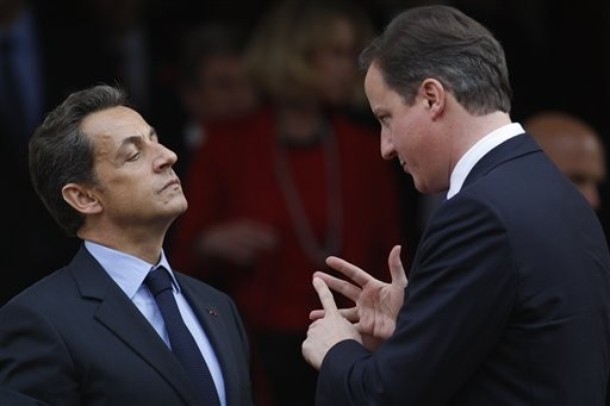 From Iain Martin, the Wall Street Journal:  [I]t is worth adding a note of caution amid all the cross-channel bonhomie. Almost everyone involved seems convinced they are getting something different out of these arrangements.

For a domestic audience, [French President Nicolas] Sarkozy gets proof that his return last year to NATO’s military command after a 40-year De Gaulle-orchestrated huff is paying dividends. He has pulled Britain a few steps further away from the United States

[British Prime Minister David] Cameron can save money, suggest his defense cuts have a strategic logic because of this increased co-operation and prove to his Europhile coalition partners, the Liberal Democrats, that he is working with partners in Europe.

Euroskeptics, such as the U.K. Defence Secretary Liam Fox, are pleased that this is an agreement made direct between the two countries. They hope it distracts France from pursuing military co-operation at an EU level.

Yet, truly great partnerships that work and endure—such as NATO, or the Western alliance in the 1940s from which it grew— have at their heart a set of values or a determination to achieve a particular goal. Ideally, it is both. In these terms, defence co-operation is only the most obvious expression of a sustained and much deeper shared commitment.

Mr. Cameron spoke of the pragmatic, hard-headed pursuit of the national interest. That is fine as a formula, as far as it goes. But it has its limitations. Britain and France want to work together on defense to achieve what—and to counter which potential threat—beyond pooling some of their costs? Rather worryingly, neither ally seems to know.  (photo: AP)