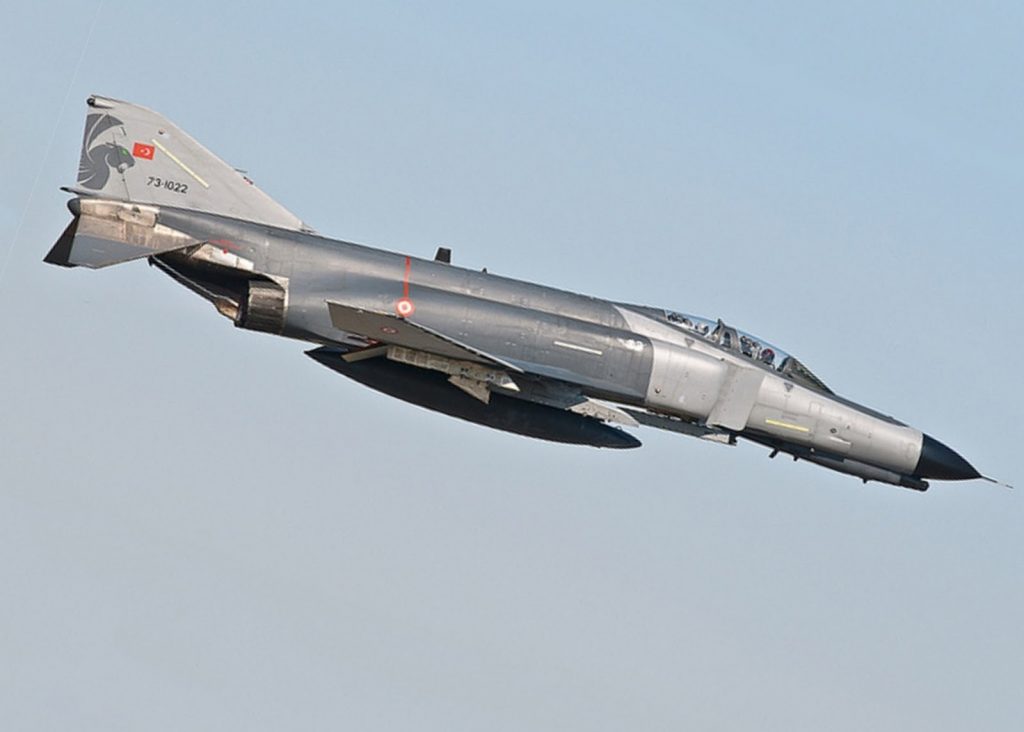 The plane was taken down by Syrian forces, an official Turkish source confirmed to Hürriyet Daily News.

The pilots of a crashed Turkish military plane have been rescued by forces, daily Hürriyet reported. The pilots, who are in good health, were located in the Mediterranean Sea. . . .

Search and rescue teams are waiting for Syrian authorities to issue necessary permits to locate the plane. Mediterranean naval units are now approaching the area.

From RT:  The plane crashed into Syrian territorial waters earlier today, according to reports. A missile shattered it to pieces after which the missile plunged into the Mediterranean Sea. The two pilots were later saved off the shore of Hatay, a south eastern province bordering Syria.

Syrian vessels have joined a search operation, which was launched immediately after the Turkish military lost radar and radio contact with the jet. The planes took off from Erhac Airport in the eastern province of Malatya at 10 a.m. local time.

“Witnesses spotted two jets flying in from Turkish territory. One of the planes went down in Syria’s territorial waters, while the other one made off,” says Ihab Sultan, a local correspondent in Syria, told RT.  (photo: Global Military Review)

UPDATES:  From Al Arabiya :  Turkish Prime Minister Tayyip Erdogan said on Friday that Syria had admitted it shot down a Turkish warplane in the Mediterranean and that Damascus had apologized.

The two pilots of the Turkish F-4 fighter jet are alive, Erdogan had earlier said, before holding a press conference in Ankara.

“At this moment the air force and navy are conducting search and rescue operations in the western Mediterranean and luckily our pilots are alive, we have just lost a plane,” he told journalists while travelling back from Brazil.

From Sellem Iyigun, Reuters:  The Turkish lira fell sharply on Friday after a news report said a Turkish warplane had been shot down by Syrian air defenses, and analysts said it would be vulnerable to further losses as more details of the incident emerged.

"The lira eased after reports saying the Turkish jet was shot down by Syrian air forces. If this is confirmed, we can see more of a sell-off in the lira," said Suha Yaygin, an emerging markets trader at TD Securities.