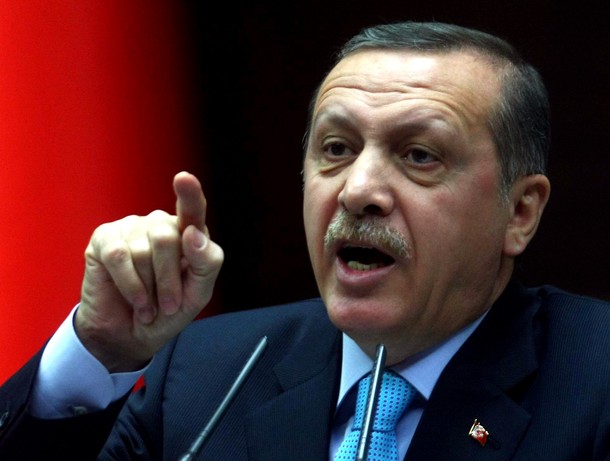 From Today’s Zaman:  In a statement that may be interpreted as the harshest response yet to the escalating 13-month-old Syrian crisis, Turkish Prime Minister Recep Tayyip Erdoğan for the first time on Wednesday raised the possibility of calling on the NATO military alliance to protect Turkey’s border against incursions by Syrian forces.

Speaking to reporters travelling with him during his official visit to China, Erdoğan said Turkey may consider invoking NATO’s fifth article to protect Turkish national security in the face of increasing tension along the Syrian border. His comments came after four Syrians who fled to Turkey from the violence in Syria were killed by Syrian forces targeting refugees on the Turkish side of the border on Monday.

“NATO has a responsibility to protect Turkish borders,” said Erdoğan, signaling that Turkey may officially ask NATO members to apply Article 5 of the NATO Charter, which says that an attack on any member shall be considered to be an attack on all, if the situation in Syria becomes a serious enough threat to Turkish national security. . . .

“Turkey has a unique attitude; history is evidence of this. Turkey will at least take the position other countries would take in a similar situation. Syria should put itself in order. If Syria continues its violence, then, Syria should be ready to pay the consequences of this violence. Yesterday also there were armed attacks across our border with Syria. In terms of international law, it is clear what Turkey should do in terms of border violations,” said Erdoğan.  (photo: Getty)  (via @davidkenner)