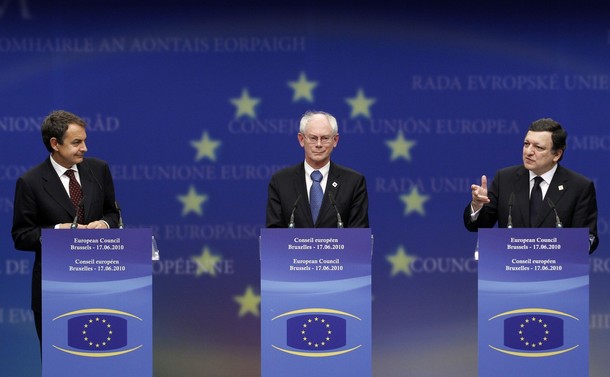 From the AP:  The European Union on Thursday adopted new sanctions against Iran, the latest in a series of measures taken by the international community in an effort to halt the country’s nuclear program.

The restrictions come on top of a fourth round of sanctions imposed last week by the U.N. Security Council to curtail Iran’s nuclear program over fears it is developing weapons. The council endorsed those sanctions after Iran rebuffed a plan to suspend uranium enrichment and swap its stockpiles of low-enriched uranium for fuel rods. …

A statement said the sanctions will target dual-use items that could be used as part of a nuclear program, and Iran’s oil and gas industry — including the "prohibition of new investment, technical assistance and transfers of technologies."

Iran’s shipping and air cargo companies will be blacklisted and banned from operating in EU territory, and new visa bans and asset freezes will be imposed on Iran’s Revolutionary Guard. The sanctions also encompass trade insurance and financial transactions. (photo: Reuters)