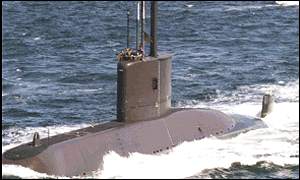 From Valentina Pop, the EUobserver:  Munich-based investigators in March opened a case against the German engineering group Ferrostaal, suspected of paying bribes to secure defence contracts in Portugal and Greece and of organizing bribery payments on behalf of other firms for a fee.

The investigation has meanwhile spread to Portugal and Greece, and touches on former party colleagues of EU commission president Jose Manuel Barroso, who was prime minister at the time the contract was signed. Mr Barroso has denied any involvement in the alleged bribery scheme and says he had nothing to do with the negotiation of the contract, which was the responsibility of the defence minister.

Along with the acquisition per se came "offset contracts" to the tune of €1billion, meaning direct foreign investments from Germany and business opportunities to Portuguese companies on the German market.

Under EU law, offsets are forbidden, except for the defence sector, where member states invoke a "national security" exemption.

As it turns out, a lot of these offsets were actually existing investments. Seven Portuguese executives and three Ferrostaal representatives have already been indicted. According to the public prosecutor’s office, the Portuguese state was mislead in these deals and suffered damages of at least €34 million.

According to estimates by the European Defence Agency, 25 percent of the offsets in Europe are non-military and have no direct connection with the purchase.

"These contracts totally violate the EU’s internal market competition rules," Portuguese Socialist MEP Ana Gomes told this website. "They are contracts negotiated among companies with government favouring and in total disregard of the competition rules. There are plenty of reasons why the European Commission should investigate, and make it an exemplary case to deter such behaviour from now on from any member state."

From the BBC:  A German company is to build a condom factory in South Africa in exchange for a $594m contract for three German submarines (2001).  (photo: BBC)  (via Global Europe)