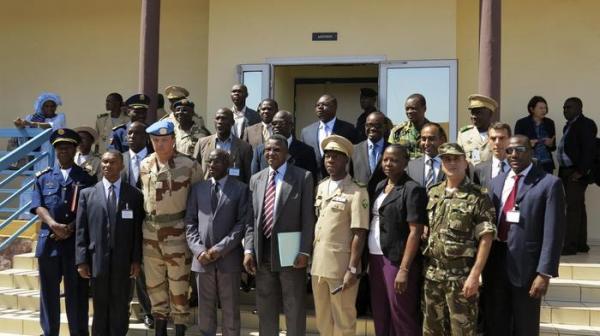 From Sebastian Moffett, Reuters:  The European Union is considering sending about 200 troops to train Mali’s army to retake the Islamist-held north, but is not willing to deploy them in battle, EU officials said on Tuesday.

Fears are growing in Europe that the African country could turn into a platform for terrorist attacks, after Islamist fighters seized two-thirds of its territory earlier this year.

EU leaders said at a summit on October 19 that the Mali crisis was an "immediate threat" to Europe. Foreign ministers had called four days earlier for the EU diplomatic service to draw up a plan to help Mali’s military.

Three such plans have been under consideration, said an EU official: help only with training; training plus reform of the army’s structure; or both of these, plus mentoring.

Instead, EU member states had decided that a combination of training and restructuring was the best option. Roughly 200 trainers, protected by a security force of a similar size, might be involved, said another EU official. . . .

Six French hostages are being held by the Islamists. President Francois Hollande is said to believe there is a risk that al Qaeda’s North African arm, AQIM, is cementing its base in the West African state, creating a launch pad for an attack on French soil.  (photo: Adama Diarra/Reuters)