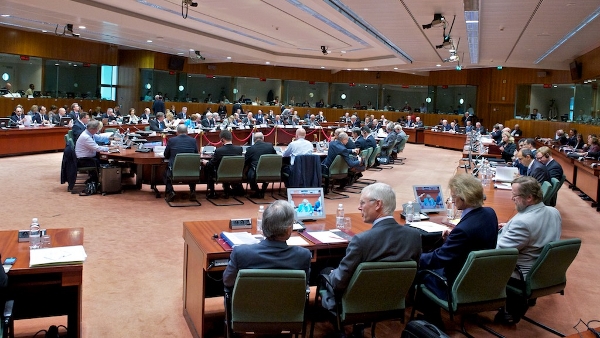 The European Union agreed Wednesday to restrict exports of security equipment and arms to Egypt in response to the mounting violence but opted to maintain economic assistance. . . .

“It is a very clear and determined signal towards Egypt for an end of the violence and a return to a political process that includes all the different political forces,” said German Foreign Minister Guido Westerwelle.

Britain, Germany, Italy and the Netherlands have all adopted arms restrictions measures and Dutch Foreign Minister Frans Timmermans said that “delivering arms this week, next week, in the short-term, would not be right.”

But there was little taste from EU nations for a reduction in the EU’s potentially huge economic aid packages or for trade sanctions, with Italy’s Emma Bonino notably calling any such idea “counter-productive.”

“We must keep faith with the majority of the people of Egypt who want a stable, democratic and prosperous country for themselves and that means we mustn’t do anything that hurts them or that cuts off support to them,” added British Foreign Secretary William Hague. . . .

[EU] Military assistance amounts only to 140 million euros a year, well below US defence aid.

“We need to do what we can to ensure the situation improves. But there’s a lot of work ahead,” said French Foreign Minister Laurent Fabius. . . .

“Europe’s influence is no doubt limited, but even this limited influence must be used,” said Germany’s Westerwelle.