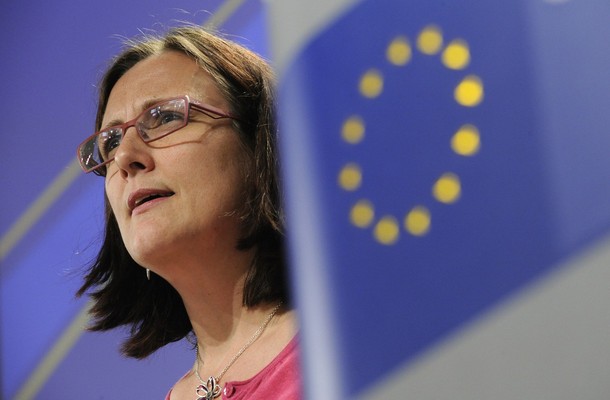 From Deutsche Welle: The EU is preparing to strengthen defenses against large-scale online cyber attacks that could be used as a weapon. Meanwhile, a newspaper says NATO is planning to make online assaults a military alliance matter.

European Union policymakers have proposed plans to strengthen defenses against the threat posed to its member states by large-scale cyber attacks.

Several other European states, including Germany, Latvia, Malta and Portugal, were also hit by attacks to extract classified government documents in 2009.

The EU’s commissioner for home affairs, Cecilia Malmstrom, told reporters that the EU needed to update its rules on cyber attacks as well as cyber crime in general.

Europe-wide laws already cover computer offences such as hacking but remote-controlled attacks that take over computers are not yet dealt with at an EU level.  (photo: Getty)