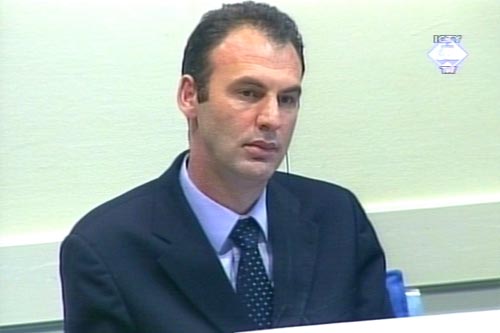 From Nebi Qena, the AP:   A senior Kosovo politician and former rebel leader was indicted by an EU prosecutor for allegedly executing and torturing Serb prisoners of war during the 1998-99 war, according to a copy of the indictment obtained by The Associated Press on Wednesday.

Fatmir Limaj, a top former commander of the Kosovo Liberation Army, was among 11 former rebels named in the indictment. Nine were arrested by EU police on Wednesday.

It was not immediately clear if Limaj was in custody, but Kosovo broadcasters showed video of Limaj on his way to a court in the capital Pristina late Wednesday, where he was expected to be questioned by investigators. …

Following pressure from international officials in Kosovo not to include corrupt officials in Kosovo’s Cabinet, Limaj was forced to stay out of Prime Minister Hashim Thaci’s government, which came to power after the December general elections. Limaj is a member of Kosovo’s 120-seat parliament.  (photo: sense-agency.com)