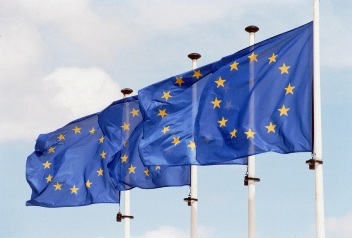 The EU condemns in the clearest possible terms all acts of violence. The EU believes the recent operations of the Egyptian security forces have been disproportionate and have resulted in an unacceptable large number of deaths and injuries. In this context, it notes the announcement on 18 August 2013 to launch an independent investigation into all the killings, and calls on the government to exercise restraint.

The EU strongly condemns acts of terrorism such as the murder of policemen in the Sinai, destruction of many churches and the targeting of the Coptic community, attacks on government installations and museums. In this regard, the EU recalls that it defends freedom of religion or belief in any circumstances, and condemns any attack against any place of worship, and against any person because of their religion or beliefs.

The EU calls on all Egyptians to halt the cycle of violence and refrain from actions that would incite further violence, including provocations, incitement and hate speech. Perpetrators must be brought to justice. While the EU respects the government’s responsibility for maintaining security for all citizens it calls on the Egyptian authorities to end the state of emergency, to restore due process as a matter of urgency, to release all political prisoners and respect international obligations regarding the treatment of detainees. . . .

Mindful of the needs of the Egyptian people, the Council discussed the issue of assistance to Egypt. The Council tasked the High Representative, in cooperation with the Commission, to review the issue of EU assistance to Egypt under the European Neighbourhood Policy and the Association Agreement on the basis of Egypt’s commitment to the principles that underpin them. The Council expressed its concern over the economic situation in the country and the negative impact on the most vulnerable groups of Egyptian society. Therefore assistance in the socio-economic sector and to civil society will continue. The EU will monitor the situation in Egypt closely and readjust its cooperation accordingly.

Member States also agreed to suspend export licenses to Egypt of any equipment which might be used for internal repression and to reassess export licences of equipment covered by Common Position 2008/944/CFSP and review their security assistance with Egypt.

The Council welcomes the High Representative’s sustained engagement on this issue, including her recent visits to the region and her readiness for new efforts if circumstances allow. The EU reiterates its willingness to support a revived process of inclusive political dialogue and possible elections in Egypt, including to continue the good offices of the High Representative and the EUSR for the Southern Mediterranean working closely with international and regional partners

The EU reiterates its readiness to assist the people of Egypt in their quest for a stable, inclusive, democratic and prosperous Egypt.

Excerpts from “Conclusions on Egypt” by the Council of the European Union.

Image: The EU calls on the Egyptian government "to exercise restraint" (photo: EU)