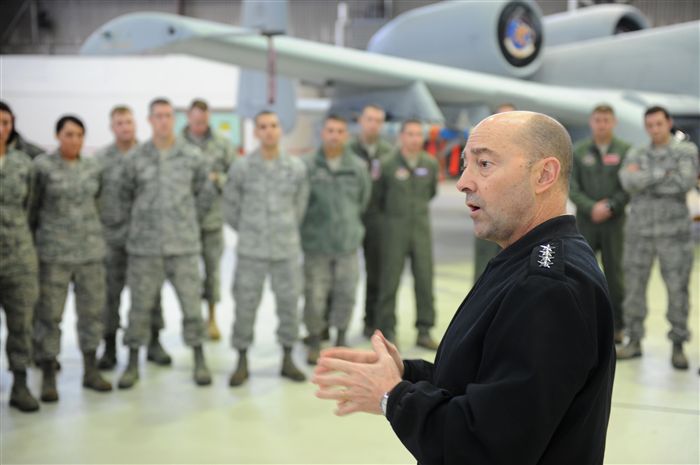 From U.S. European Command:  The United States has enduring interests in supporting peace, prosperity, unity, and freedom in Europe and Eurasia as well as in bolstering the strength and vitality of NATO. As demonstrated by recent and ongoing operations, Europe remains our partner of choice in addressing current and emerging security challenges around the globe. The United States will maintain a robust, visible military presence in Europe, which will be capable of deterring and defending against aggression throughout Europe and Eurasia, and meeting our collective defense commitments under NATO’s Article 5. We will continue to enhance the NATO alliance’s readiness and interoperability and promote the strength, adaptability, security, sovereignty and territorial integrity of our allies and partners across Europe and Eurasia.

Consistent with the new NATO Strategic Concept, our force posture in Europe will evolve to meet the full range of 21st century challenges.

We will also work with NATO allies to develop a “smart defense” approach to pool, share, and specialize capabilities.

Adapting the posture of our forces in Europe is essential to meet our collective defense commitments under NATO’s Article 5 and to address the full range of 21st century challenges. Accordingly, in addition to the enhancements identified above, the following force posture changes are planned:

The Department will begin a theater-wide capacity analysis as part of a comprehensive consolidation of its overseas infrastructure in light of these force posture changes. The result could be further infrastructure adjustments. Overall, while the U.S. force posture in Europe will be smaller, it will have the capabilities and capacities necessary to support security and stability in the dynamic security environment of the 21st century. We will work together with our NATO allies, partners, and friends – and with the local communities that have made us feel at home for many years – as, together, we meet the full range of challenges confronting Europe and America.

Indeed we are, and will continue to be, STRONGER TOGETHER.    (photo: Airman 1C Matthew B. Fredericks/USAF)