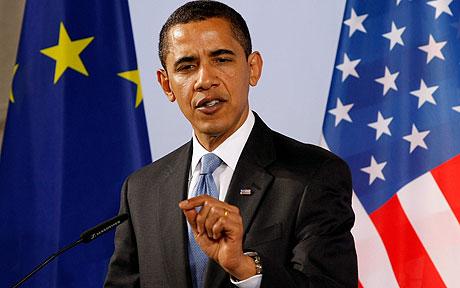 From Roger Cohen, the New York Times:  “Europe is the object of benign U.S. neglect,” said Camille Grand, a prominent Paris-based defense analyst. “Obama has not established or re-established a strategic relationship with any single European country or with Europe as a whole.”

Obama remains popular with Europeans — even if giddy infatuation has gone the way of giddy infatuations — but European political leaders feel jilted. Obama was supposed to put together the European Humpty Dumpty that President Bush shattered by favoring alliances of the willing over old alliances. He hasn’t.

Central Command in Florida, running the Afghan war, rides roughshod over NATO. New Middle East peace initiatives are launched, new Afghan strategies decided, without even a nod to the Europeans who will pick up part of the tab and do part of the dying. Nowhere else has Obama’s remoteness and distaste for the two-minute protocol phone call been so keenly felt as a brush-off. …

In London, the British are shaking their heads. Prime Minister David Cameron, knowing Obama’s cool, set expectations low but is looking for a way to re-energize a special relationship shaken by the Iraq war. He has found little responsiveness in Washington. Elizabeth Sherwood-Randall, the senior director for European affairs at the N.S.C., is widely viewed as dismissive of British concerns.

“The special relationship is in real trouble,” said Julian Lindley-French, a defense expert at the Dutch Royal Military Academy. …

The Atlantic relationship remains the cornerstone of world stability even as new powers emerge. With its huge debt, America needs affordable influence; Western allies are the way to find it. The struggle of our age pits the state against the anti-state, with weapons of mass destruction potentially mixed in: The West embodies the values and has the institutions central to winning that fight. America needs a British-French-German defense troika alongside it and an end to NATO’s strategic drift.

“Beside the E.U., is there another bunch of countries anywhere willing to work as closely and permanently with the U.S. on almost all issues of global and regional concern?” asked Wolfgang Ischinger, a former German ambassador in Washington. “I wish Obama would say just that.” (photo: Getty)