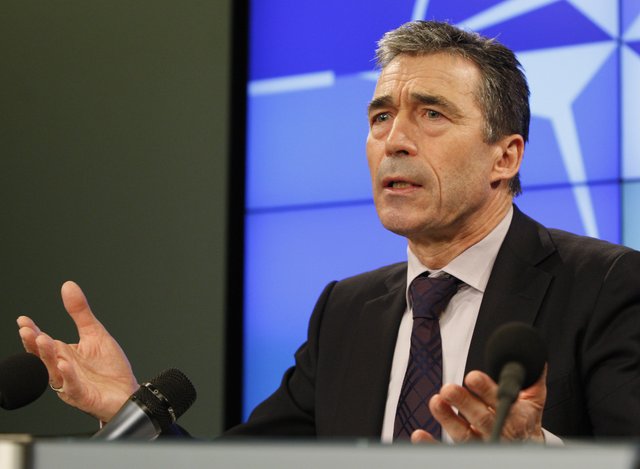 From Lord Robertson, the New Atlanticist:  Europe, despite its relative prosperity and economic muscle, is still not, as we have seen, able to act in its own self-interest without US leadership and military capabilities. Only two nations—America and this country—were able to use precision cruise missiles at the beginning of this crisis and to have a decisive effect on Gaddafi’s military power. No other nation in Europe has that capability. What a mockery it makes of the grand ambitions for Europe to be robust, self-sufficient and independent of US influence and power.

One of the most despairing aspects of events in the past few weeks has been the disunited and pretty undignified squabble among European members of NATO about how to organise a multinational no-fly zone. As all the NATO nations know, there is only one organisation capable of arranging and commanding a complex multinational military operation, and that is NATO, through its military headquarters at SHAPE. One of the most uplifting aspects of the crisis so far has been the fact that everybody eventually came to realise that glaringly obvious point; and now, in the past 48 hours, NATO has, with its Canadian commander, at last taken over the whole operation.

I can empathise like nobody else with Secretary-General Rasmussen in the somewhat confused commentary that he has had to provide over these weeks. I know it only too well. I have seen it, done it and have quite a few T-shirts to show for it. We should realise that NATO is the sum of its parts. Unlike the EU and the UN, NATO is not some monolithic organisation with its own corporate identity and a vast bureaucracy; it is as powerful or as feeble as its member states want it to be. When nations put national interests and primitive rivalries before collective security and collective action, NATO becomes a paper tiger in an increasingly complex and dangerous international jungle. …

It is still an embarrassing and, indeed, scandalous fact that there are almost twice as many people in Europe as in the United States of America, yet we can deploy only about 2 or 3 per cent of them outside national boundaries. Who will supply them in Libya, whether in conflict or in peacekeeping; in Syria, if that odious regime were to disintegrate; in Yemen, if the president clings on to the death; in Bahrain, if the violence abates; or even in Palestine/Israel when common sense and uneasy peace eventually break out? Europe had better wake up to the challenge that it faces at this historic moment. Loud noises and self-congratulation about Arab awakening and Arab “springs” as the masses rise up against dictatorships will simply turn to dust if one uprising leads to a new repressive regime.

Lord Robertson is a member of the Atlantic Council’s International Advisory Board and former Secretary General of NATO. This is adapted from his remarks to Parliament.  (photo: AP)