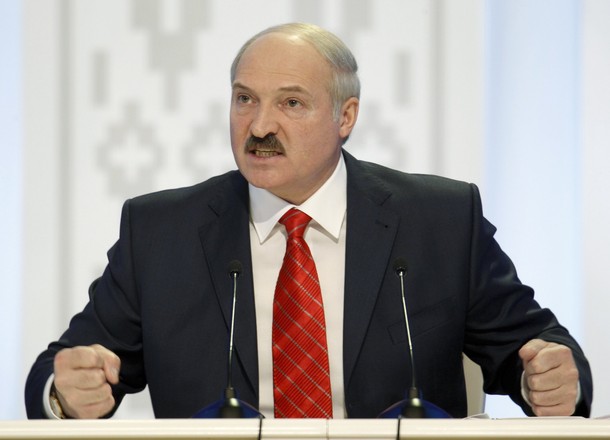 From David J. Kramer and A. Wess Mitchell, the Washington Post:  Dubbed the last dictator in Europe, Belarus strongman Alexander Lukashenko is under growing domestic and international pressure because of his gross human rights abuses and responsibility for his country’s worst economic crisis since gaining independence 20 years ago. . . .

The result of all this is a serious decline in Lukashenko’s support, recently dropping below 30 percent for the first time since he came to power in 1994. The European Union and United States have also responded by imposing a visa ban and asset freeze against Belarusan officials responsible for election-related fraud and violence, and they have imposed economic sanctions as the human rights abuses have continued. Both the E.U. and the United States should also make clear that they will not support any loans to Belarus from the International Monetary Fund. With the economy in freefall, Lukashenko is desperately pinning his hopes on a bailout after an IMF delegation visited Belarus last month.

Russia, too, is making life difficult for Lukashenko, alternately cutting off electricity supplies and balking at desperately needed financial bailouts. Russia and the West, to be sure, are motivated by different factors: the West by its revulsion over Lukashenko’s human rights abuses and Russia by its interest in acquiring attractive Belarusan assets from a vulnerable Lukashenko. But the result is that Lukashenko is caught in a vise, which will only continue to tighten. The West alone offers him a reasonable way out — and this only if Lukashenko unconditionally releases all political prisoners.  (photo: Reuters)