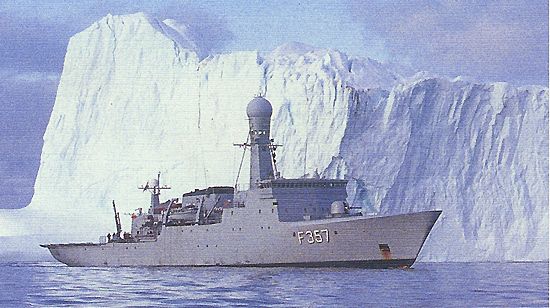 From Michael Hannan, Armed Forces Journal:  The U.S. admires certain nations for their willingness to be involved in crises and contingency operations, but we rarely challenge them to lead. We must change this — by helping carefully selected nations to improve their ability to participate in and ultimately take charge of regional security efforts, and by championing them as fuller partners and even leaders. . . .

Four small northern European countries, Norway, Sweden, Denmark and the Netherlands, are prime candidates for operationalized partnerships. Their navies can or could provide unique aspects of maritime security that support the new U.S. defense strategy. Moreover, these governments — three NATO allies plus one member (Sweden) of the alliance’s Partnership for Peace effort — have signaled their willingness to lean forward on security matters through policy declaration, operational commitment or defense investments. Finally, they are part of a region whose members have been asked by former Defense Secretary Robert Gates and other senior officials to shoulder more weight as the U.S. prioritizes security responsibilities in Asia and the Middle East. . . .

The development of concepts and capabilities for operating in Europe’s near-abroad of the Arctic and Africa offer rich areas for collaboration. . . .

The Swedes, for example, are leading efforts to integrate maritime surveillance information, especially within the European Union’s program for the development of a Common Information Sharing Environment. They led nine other EU nations, plus Norway and Russia, in the two-year Maritime Surveillance in the Northern Sea Basins pilot project, which concluded early this year. Meanwhile, Norway’s Defense Ministry has proposed a maritime monitoring system with two integrated components, one covering the smaller Baltic Sea area and the other a larger swath of the North Atlantic, Arctic Ocean and Barents Sea. . . .

Denmark as well sees a rising need to enforce sovereignty in the Arctic, especially in light of expected increases in maritime traffic and extraction of natural resources. The Danish armed forces are also looking to increase the capabilities of their air base at Thule, Greenland, which they share with the U.S. Air Force and which has a deepwater port and medical, logistics and support facilities. The government’s recent Arctic Strategy noted that Thule could host collaborative exercises, training and deployments. Expansion of Thule’s functional capabilities could allow Navy and Marine Corps assets to rotate into Thule for High North training alongside the Air Force, the Danes, and other allies and partners.

While several European nations train for littoral warfare, Norway, Sweden, Denmark and the Netherlands have exceptional niche capabilities and extensive experience in NATO and EU exercises. Mine countermeasures, operations in shallow or confined waters and amphibious operations are all areas where the U.S. can gain and train with these partners. The U.S. Navy should increase its coordination with these nations to forge the tactics required to fight and win in the littoral arena across the spectrum of warfare intensity. . . .

All four of these partner candidates are keenly interested in improving their amphibious capabilities. . . .

The U.S. should encourage these advances in Nordic and Netherlands amphibious capabilities by increasing cooperation in expeditionary operations. Moreover, the U.S. should challenge them to deploy and expand partnership capacity building in the near-abroad of Africa and the Arctic. With U.S. help, these European nations could take a more active leadership role in the Africa Partnership Station effort and other Africa Command engagement activities to develop coastal maritime security on the continent.

The U.S. should also, where appropriate and feasible, help create a Nordic amphibious response force capability in the Arctic. Should these nations move forward in security responsibility within Europe’s near-abroad of Africa and the Arctic, the United States would gain a long-term benefit of greater flexibility for our own naval force presence requirements, especially during the rebalancing of Navy posture toward the Pacific.

Commander Michael Hannan was the US Navy senior fellow at the Atlantic Council. The opinions and views expressed in this post are those of the author alone and do not necessarily represent the views of US Department of Defense, the US Navy, or any other agency. This piece was originally published in Armed Forces Journal. (photo: naval-technology.com)