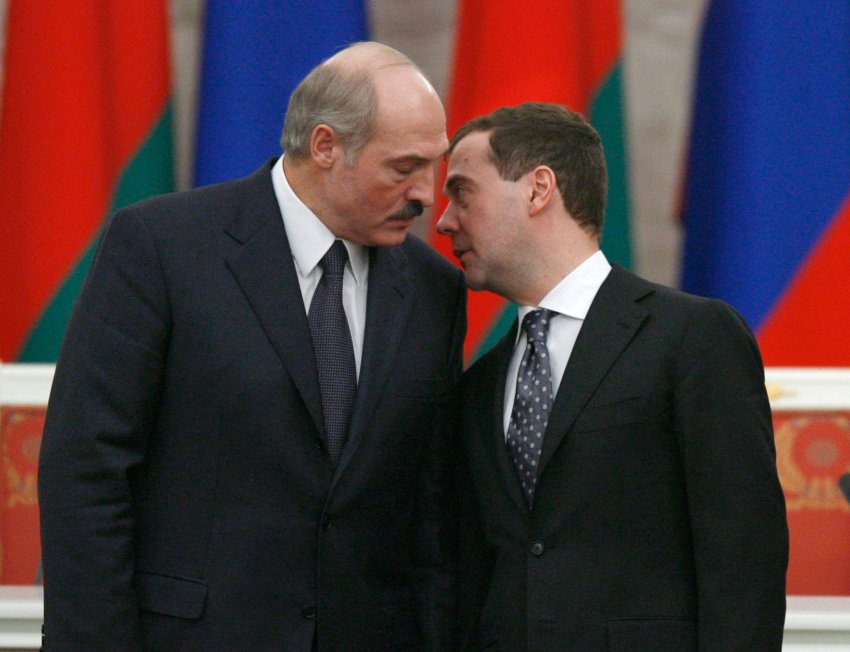 From Benjamin Bidder, der Spiegel:  The 65-year-old [President of Belarus Alexander] Lukashenko has been in office for 16 years, but never before have Moscow and the Belarusian autocrat had such irreconcilable differences. Bilateral relations have never been as bad as they are now, says the Belarusian political scientist Alexander Klaskovski.

Ahead of next year’s presidential elections in Belarus, Moscow has subjected the incumbent Lukashenko to a series of attacks in the media and is preparing to strongly intervene in its neighbor’s election campaign. Ironically enough, it could end up being Russia’s leadership — not normally known for a love of democracy — that help bring about the downfall of the man commonly referred to as Europe’s last dictator.

"Our election platform is in the Kremlin," openly admits Jaroslav Romanchuk of Belarus’ opposition liberal-conservative United Civil Party, who plans to run against Lukashenko next year. "Our chances are great." He says that 51 percent of his country’s citizens want to see "a new face in power."

The Kremlin, too, is looking for a new man in Minsk. Russian Finance Minister Alexei Kudrin granted an informal audience to Romanchuk and two other leaders of the Belarusian opposition in June. Kudrin once described Lukashenko’s behavior as "parasitic." According to Russian estimates, Moscow has propped up the Belarusian economy to the tune of up to $100 billion (€77.5 billion) since the end of the Soviet Union. Belarus enjoys a modest degree of prosperity thanks to Russia providing it with natural resources at special prices.

Unfortunately, Lukashenko is behaving in an "indecent and inconsistent" way, according to a senior Kremlin adviser recently quoted by Russian media. Moscow expects Belarus to toe the line in return for being favored economically — but so far most of the Kremlin’s appeals have proved to be futile. …

"The West cast me aside," Lukashenko said in an interview with Reuters in May. "It costs us dearly."

The Kremlin, though, is feeling self-confident. Pro-Russian elements have taken power in both Ukraine and Kyrgyzstan this year. Why not in Belarus too? …

It’s clear to Lukashenko that the 2011 election might be too close for comfort. As a precaution, he is taking a hard line with Internet users and the media in Belarus. Anyone who wants to visit an Internet cafe in Belarus now has to identify themselves with their passport. The issue of the Belarusian newspaper Nasha Niva that reprinted Russia’s unflattering remarks about the president was confiscated and pulped. The newspaper has been warned twice.  (photo: Reuters) (via Global Europe)