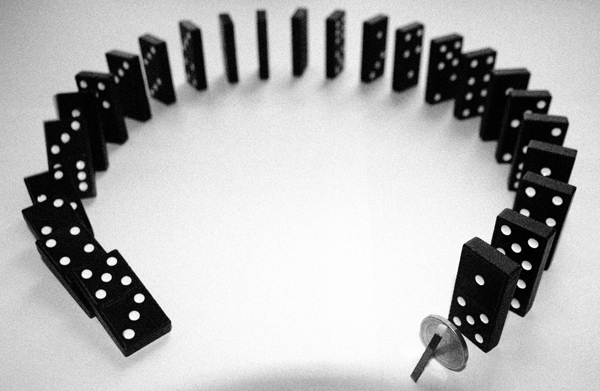 From Alistair Darling, the New York Times:  When I look at events in Europe today, with Ireland getting bailed out and talk of crises brewing elsewhere on the continent, I am reminded of the weeks leading up to the banking crisis in 2008. As the credit crunch began and banks found it increasingly difficult to get access to funding, policy makers faced a choice: deal with the problem in a piecemeal way, or address the root causes immediately.

For too long many policy makers opted to fudge their approach; they dealt with the problem bank by bank and refused to recognize the system’s fundamental flaws.

As a result, we saw Lehman Brothers go bankrupt, Bear Stearns bought up in a fire sale and a major British bank come within hours of collapse.

During that summer I realized that unless we put a firewall in place to prevent the crisis from spreading, we would face a catastrophe in the banking sector and the wider economy. That’s why I took the controversial step of injecting billions of pounds into the banking system to stabilize it. By tackling the fundamental problem, the lack of capital in banks, we stopped a meltdown. It was drastic action, but I have no doubt that it worked.

The same approach is now urgently needed for European economies. It is not enough for the euro zone nations to bail out each economy as it falls into a crisis — they must address the root causes of the continent’s problems. …

I have spoken with too many European politicians who, when I ask them where growth will come from in the future, say they can’t be sure. But without a clear path forward, we will see minimal growth for Europe’s stronger economies; for those in danger already it could be disastrous.

We cannot go on like this. The crisis in the euro zone is the single largest threat to the fragile global recovery we are now seeing. And this is not just a problem for Europe. It matters to us in Britain, as well as to the United States and Asia.

At last year’s Group of 20 meetings in London, the participating countries agreed to stabilize the international banking system and to stimulate the world economy. Further progress was made in Pittsburgh six months later. There was real political will to do what was necessary.

That momentum has now been lost, and it will not be regained without greater involvement from the major economies. Decisive action, confronting the underlying causes of this crisis, is now imperative.

Alistair Darling, a member of the British Parliament, was the chancellor of the Exchequer from 2007 to 2010.  (photo: Espen Friberg/New York Times)