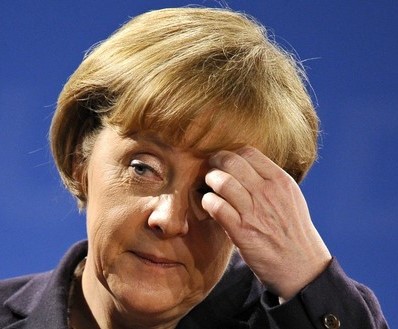 From the Washington Post:  After Greece recklessly spent its way into a debt crisis, potentially leaving German taxpayers to help fund a bailout, lawmakers in Berlin offered a suggestion to their profligate neighbors to the south: If you want to raise cash, why not sell off a few of your islands?

That idea came only a few days after the Greeks, furious over earlier German criticism of their spending habits, suggested the Germans could solve the problem by making reparations for gold stolen during the Nazi invasion. "They took away the Greek money and they never gave it back," Deputy Prime Minister Theodoros Pangalos said. "This is an issue that has to be faced sometime in the future…"

The frictions in Europe could further pressure global currency and bond markets, hamper expansion of the euro and derail attempts to boost the region’s clout on the world stage. They are also threatening to complicate efforts by Washington to work with the Europeans to solve long-standing problems, such as a massive gap in NATO financing, as well as newer ones, such as the push to establish global norms for financial regulation in the aftermath of the "Great Recession…"

The Greek crisis is also bringing other major divisions to the surface. This week, a fresh spat erupted between Germany and France — the region’s two biggest powers — over Germany’s massive trade surplus with the rest of the European Union, a spat that analysts say must be resolved for the long-term stability of the euro. French Finance Minister Christine Lagarde suggested on Monday that German consumers should open their wallets and buy more of what the rest of Europe sells.

German Economy Minister Rainer Bruederle promptly fired back: "For countries which in the past have lived off entitlements and neglected their competitiveness to point their finger at others is politically . . . understandable but still unfair," he told the Frankfurter Allgemeine newspaper.  (photo: Getty)