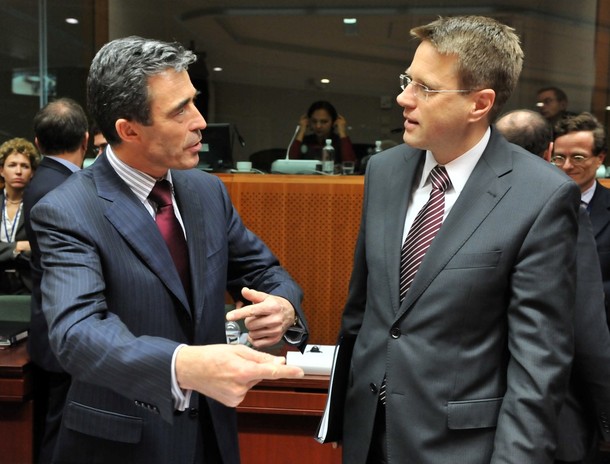 From Xinhua: Finnish Prime Minister Matti Vanhanen said Tuesday in Helsinki that Finland should not close the door on NATO membership completely.

Speaking at an event organized by the Atlantic Council of Finland, Vanhanen said that NATO is a crisis management organization in the first place nowadays. So he considered NATO’s objectives to be compatible with the foreign and security policy objectives of both Finland and the EU, and that Finnish participation in NATO decision-making would be useful, although not essential, Vanhanen added.

According to Vanhanen, Finland will follow the situation and retain the possibility to join in NATO and the country’s room for manoeuvre in foreign policy should not be restricted by saying no to NATO definitely. However, Vanhanen said that there is no need for Finland to join NATO at present as the environment around the country is stable.

Finland is militarily non-aligned but joined the NATO Partnership for Peace program in 1994 and is taking part in the ISAF operation led by NATO in Afghanistan.  (photo: Getty)