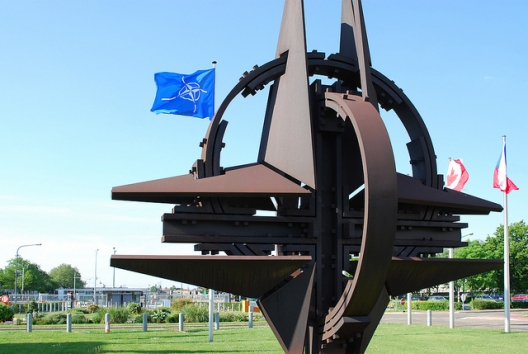 1. Prepare for cyber conflict…. More emphasis should be placed on operational preps for cyber conflict–not just the policy work that occurs at the NATO Cyber Center in Tallinn. We need complex exercises, a dedicated cyber headquarters (small at first, but gradually robust), and vastly better private-public cooperation to be ready to defend the Alliance in this fifth domain.

2. Face the Islamic State. Across from the long Turkish border, the menace of ISIL is a clear and present danger to the Alliance. It is highly likely that EU passport-holding jihadists will return to Europe and threaten NATO nations. Putting pressure on them in Syria/Iraq/Libya is playing the “away game.” We don’t want to wait to play the “home game” in Europe or across the Atlantic….

3. Deter Russia. Vladimir Putin has clearly made the calculus that domination of his near abroad–Georgia, Ukraine, Armenia, Moldova and others–is of vital strategic value. NATO must ensure his ambitions do not stretch to the Baltics. While it seems highly unlikely he would try to destabilize a NATO ally when viewed from Washington, it is a different picture in Tallinn. We need to reassure our NATO partners, with forward rotational forces in the air, on the sea, and ashore, including a robust program of exercises.

More controversially, we should provide material assistance, to include weapons, to the Ukrainian military….

4. Shift the Piracy Mission. As piracy declines on East Africa, it is rising in the volatile Gulf of Guinea off the shores of West Africa. NATO, along with the EU and a brace of other nations (the Gulf States, Russia, China, and India) have kept a strong deterrent patrol presence in the northern Indian Ocean bordering Somalia–ground zero for piracy, al-Shabab, and a failed state. As the piracy threat wanes at sea in the area, the maritime resources should go to West Africa on a similar mission, assisting the fragile democracies in that region….

5. Stay the course in Afghanistan. Despite all the challenges in Afghanistan–a difficult insurgency, a tough neighborhood, deep corruption, and huge narcotics–we have made progress….

I am cautiously optimistic we can have a successful outcome if we maintain about 10,000 to 15,000 NATO troops and fund the Afghan security forces at a reasonable level–a very affordable bill if shared among Alliance members and coalition partners.

Admiral James Stavridis was the 16th Supreme Allied Commander at NATO from 2009-2013. He is currently Dean of The Fletcher School of Law and Diplomacy at Tufts University.