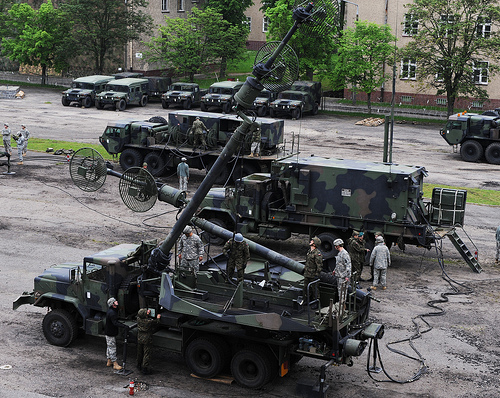 From Ian Brzezinski, New Atlanticist:  For Poland, accepting US missile defense deployments has never been driven by fear of Iran; it is rooted in the desire for an American military presence that reinforces the credibility of NATO’s Article V security guarantee. Washington’s repeated delays of deploying missile defense systems to Poland are easily interpreted as an American assumption that Warsaw can be taken for granted and worse as a declining US commitment to Poland’s security.  The latter has been reinforced by the Obama administration’s reduction of US forces in Europe and its so-called “pivot” to Asia. . . .

There are steps the US Government can take to mitigate the potentially negative effects its recent decision could have for US-Poland relations.

A stronger US endorsement of Polish missile defense plans would demonstrate that Washington takes Poland’s security perceptions seriously and that security relations with Central Europe is not a trade-off in the effort to build a partnership with Russia.  More importantly, it would reaffirm that Washington envisions US-Poland missile defense cooperation as more than just the leveraging of Polish territory. It would signal determination to have air and missile defense become a shared capability and one that is a robust and unifying pillar of bilateral collaboration among two long-standing strategic allies.

Ian Brzezinski is a senior fellow in the Brent Scowcroft Center on International Security and is on the Council’s Strategic Advisors Group (SAG).

The Atlantic Council hosted an all-day conference on missile defense on March 12.  (photo: US Department of Defense Flickr)