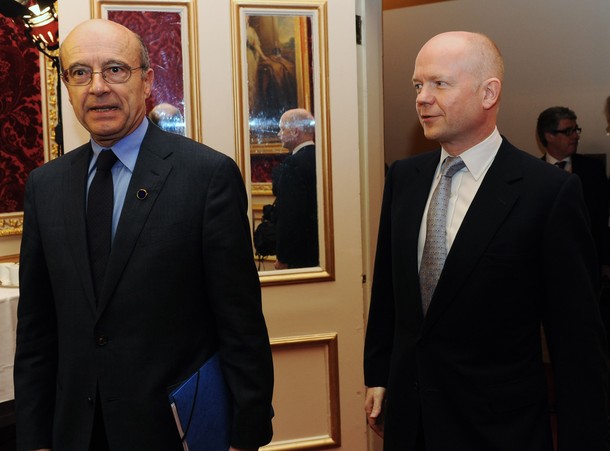 From Maria Golovnina, Reuters:  France and Britain, who first launched air attacks on Libya in coalition with the United States, said on Tuesday NATO must step up bombing of Muammar Gaddafi’s heavy weapons to protect civilians.

NATO took over air operations from the three nations on March 31 but heavy government bombardment of the besieged western city of Misrata has continued unabated with hundreds of civilians reported killed.

The criticism by London and Paris followed new shelling of Misrata on Monday and the collapse of an African Union peace initiative.

NATO, which stepped up air strikes around Misrata and the eastern battlefront city of Ajdabiyah at the weekend under a U.N. mandate to protect civilians, rejected the criticism.

"NATO is conducting its military operations in Libya with vigour within the current mandate. The pace of the operations is determined by the need to protect the population," it said. …

In a barbed reference to the NATO takeover, Juppe added: "NATO must play its role fully. It wanted to take the lead in operations, we accepted that."  (photo: Getty)