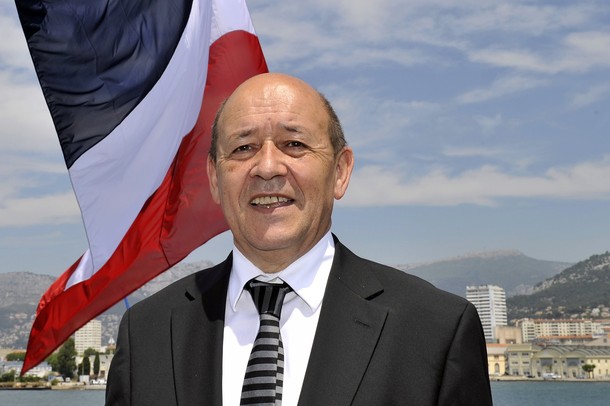 From Polskie Radio:  After noting slow progress in the formation of an EU defence capability, Jean-Yves Le Drian, in Warsaw yesterday for talks with Polish defence minister Tomasz Siemoniak, said that “there’s an existing form of cooperation that could be revived, as we are among those countries that are key for European defence. . . .”

“The actualisation of EU defence is timely and and essential,” Le Drian said, after talks with Tomasz Siemoniak at President Komorowski’s residence at the Belweder Palace.

Poland’s defence minister said that the new French government is interested in cooperation in the so-called “Polish shield” element of the US-led anti-ballistic missile project in Europe.

“France seems to be a very interesting partner in the ‘Polish Shield‘. We have the plan and France has the industry,” Siemoniak said, noting with pleasure that, after Berlin, Warsaw was the second port of call for the new French head of defence.

From the Polish Ministry of Defense:  "We think that strengthening the common European defence is an inevitable matter. It results among other things from budget limitations and from the necessity to build proper potential. In our opinion, in the face of numerous new threats it is reasonable at the moment to activate cooperation within Weimar Triangle." – said French Defence Minister Jean-Yves Le Drian.

Both Ministers supported the pace of political dialogue that has been held so far. They think the dialogue should concern the key matters for development of Common Security and Defence Policy. – "Political-military cooperation within Weimar Triangle is very important to us. This cooperation has significant potential that is necessary for realisation of political projects within the EU and NATO." – Minister Tomasz Siemoniak emphasised. . . .

Another topic discussed during today’s meeting was participation of French soldiers in "Steadfast Jazz 2013" exercise. Minister Jean-Yves Le Drian declared that over 1000 French soldiers will participate in it. "I am very glad that France is engaged in this exercise as this event will be a realisation of Article 5 of North Atlantic Treaty. (…) It is an absolute turning point and a clear signal of new quality of our cooperation." – said Minister Siemoniak.   (photo: Getty)