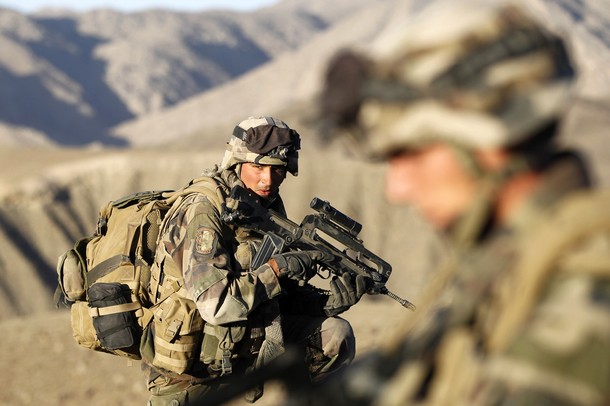 From Reuters:  French President Nicolas Sarkozy said on Thursday he would follow the United States in starting a gradual troop withdrawal from Afghanistan, a move likely to boost him before a 2012 election campaign.

Sarkozy said troops sent for reinforcement would start returning in a time frame similar to the U.S. force withdrawal. President Barack Obama said on Wednesday the U.S. planned to pull out 33,000 troops by next summer.

"Given the progress we have seen (in Afghanistan), France will begin a gradual withdrawal of reinforcement troops sent to Afghanistan, in a proportional manner and in a calendar comparable to the withdrawal of American reinforcements," a statement issued by Sarkozy’s office said following a telephone call with Obama.

France, which has about 4,000 troops in Afghanistan and seen 62 soldiers killed, has said it would begin redeploying and handing over areas it controls to the Afghan military in 2011. . . .

"In consultation with the government, the president confirmed that France remained fully committed with its allies alongside the Afghan people to bring to its conclusion the transition process," Sarkozy’s statement said.  (photo: Getty)