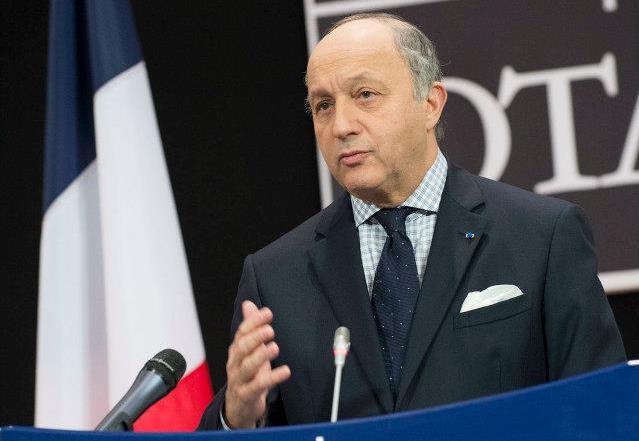 France is seeking a reaction with “force” if a massacre in Syria involving chemical weapons is confirmed, French Foreign Minister Laurent Fabius said Thursday, although he ruled out the use of ground troops. “If it is proven, France’s position is that there must be a reaction, a reaction that could take the form of a reaction with force,” Fabius told BFM-TV. . . .

The main Syrian opposition group claims that as many as 1,300 people were killed in a chemical weapons attack Wednesday on rebel areas near Damascus. . . .

In June, Fabius had raised the possibility of using military force against chemical arms production centres after France confirmed that Damascus had resorted to such weapons.

But on Thursday the foreign minister said there was “no question” of sending in ground troops, adding “it’s impossible.”

If Wednesday’s attack is confirmed, “I believe it cannot go without a reaction from those who believe in international legality,” Fabius said.

“If the Security Council cannot take a decision, at that moment decisions must be taken in another way. How? I would not go further,” he said.

“In Syria all red lines were crossed, but the U.N. Security Council has not been even able to come up with a resolution…This event is one that cannot be ignored anymore,” Mr. Davutoglu said in joint news conference with German Foreign Minister Guido Westerwelle in Berlin. “The Security Council should not remain indecisive and apply the most powerful precautions in this issue…Otherwise, much worse massacres will take place,” Mr. Davutoglu said.

The U.S. on Wednesday said there were “strong indications” that Syria’s government used chemical weapons in attacks earlier that day, in what would be a significant escalation of poison-gas use in the civil war.

Image: "A reaction that could take the form of a reaction with force" (photo: photothek/Imo/German Foreign Ministry)