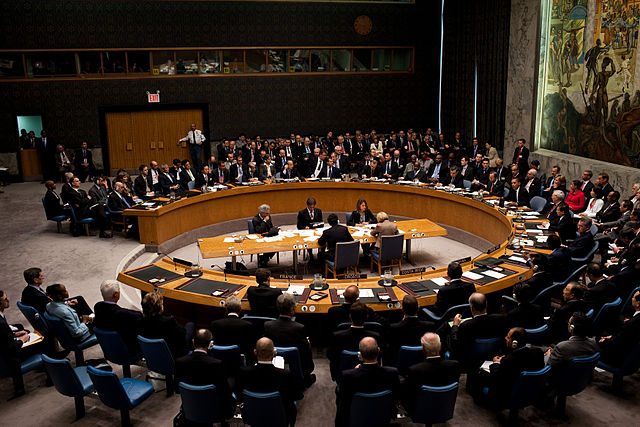 France is in favor of a more representative United Nations — in particular, through enlargement of the Security Council — but we are still far from reaching an agreement that would enable such progress. If we do not wish to lose our legitimacy, we must learn from the recent blockages to avoid running into such difficulties in future. . . . .

Our suggestion is that the five permanent members of the Security Council — China, France, Russia, Britain and the United States — themselves could voluntarily regulate their right to exercise their veto. The Charter would not be amended and the change would be implemented through a mutual commitment from the permanent members. In concrete terms, if the Security Council were required to make a decision with regard to a mass crime, the permanent members would agree to suspend their right to veto. The criteria for implementation would be simple: at the request of at least 50 member states, the United Nations secretary general would be called upon to determine the nature of the crime. Once he had delivered his opinion, the code of conduct would immediately apply. To be realistically applicable, this code would exclude cases where the vital national interests of a permanent member of the Council were at stake.

I am aware that objections of all kinds can be made to this proposal. Let me counter them with a powerful argument: a change such as this, so simple to implement, would allow us to preserve the fundamental credibility of the Security Council, which should be a pillar of peace and stability. It would convey the will of the international community to make the protection of human life a true priority. It would restore the power of discussion and constructive negotiation. It would prevent member states from becoming prisoners of their own principled positions.

Is there any other quick, simple and effective way to make progress? I cannot see one. Today we have a window of opportunity. Let us seize it.