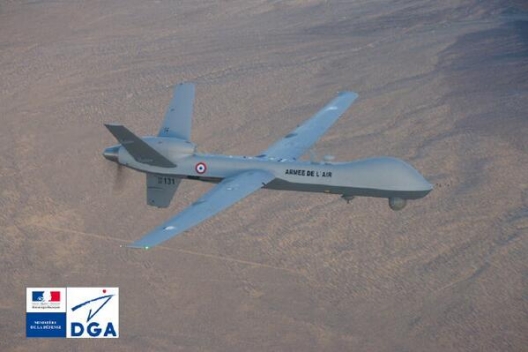 France will deploy its first U.S.-made unarmed surveillance drones to West Africa by the end of the year, Defence Minister Jean-Yves Le Drian said on Thursday, as it seeks to “eliminate all traces of al Qaeda.”

France’s military intervention in Mali in January exposed its shortage of surveillance drones suitable for modern warfare, forcing it to rely on the United States to provide French commanders with intelligence from drones based in neighbouring Niger.

“Two drones that we have bought will be operational by the end of the year in Africa, in the Sahel. That is their main mission,” Le Drian told Europe 1 radio. . . .

Le Drian said pockets of militants remained in Mali, whom Paris would go after. They included veteran Islamist commander Mokhtar Belmokhtar, who claimed responsibility for attacks in Niger and on Algeria’s In Amenas gas plant earlier this year.