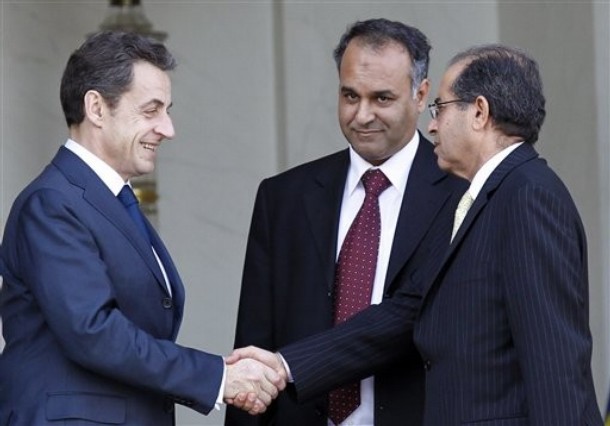 From Reuters:  France said on Thursday it would recognise the Libyan National Council, a rebel body fighting to oust Muammar Gaddafi, as the legitimate representative of Libya’s people.

People near the National Council’s headquarters in Benghazi cheered, honked horns and some fired guns in air to celebrate the news and officials there said France was the first country in the world to make the move.

Paris’s decision was relayed to reporters by an official at the Elysee Palace offices of President Nicolas Sarkozy after he met two representatives of the Libyan National Council.

"France recognises the National Council as the legitimate representative of the Libyan people. There will be an exchange of ambassadors between Paris and Benghazi," said the official.  (photo: AP)