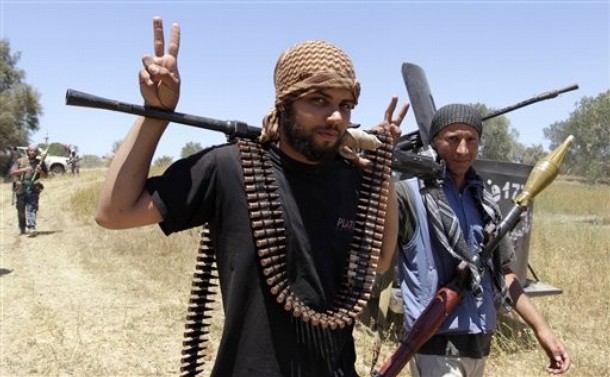 From John Irish, Reuters:  France is providing weapons to Libyan rebels in the Western Mountains in an effort to help them push on to Muammar Gaddafi’s stronghold in the Libyan capital Tripoli, Le Figaro newspaper reported on Wednesday.

The decision to send arms without consulting its NATO partners was "because there was no other way to proceed," a senior source was quoted as saying. . . .

Le Figaro said it had seen a confidential map stamped by French intelligence services showing various areas in the mountains including Yafran and Nalut under the control of rebels where weapons could be sent.

Rebels say they have been receiving weapons from Qatar in particular through their bastion in Benghazi in eastern Libya.  (photo: AP)