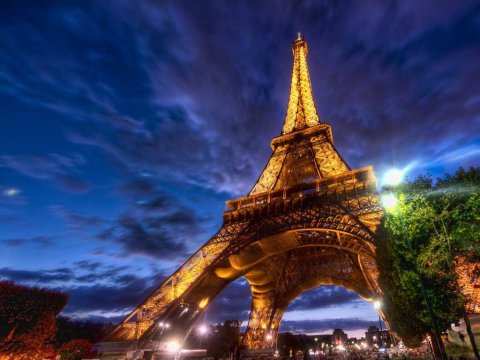 From Nicholas Dungan, US News & World Report:  The upcoming French national holiday of "Bastille Day" marks a good moment to examine why France matters to the United States and in the world.

The United States owes its independence to France, which provided a billion livres in financing for the Revolutionary War and which, at the decisive Battle of Yorktown, fielded three times as many soldiers and sailors as there were American colonists in the fight. America repaid that debt by sending the Doughboys in 1917 and the GIs who landed in Normandy on D-Day in 1944. . . .

France’s strong social safety net discourages labor mobility and job creation, yet France matters because it is home to some of the world’s most successful global multinationals in cutting-edge 21st century industries: clean, safe nuclear power, which provides 85 percent of France’s electricity and recycles 96 percent of its spent fuel; water management and environmental services; and infrastructure, including high-speed rail that makes France a smart logistics platform second to almost none. . . .

France still counts globally. It ranks as the world’s fifth largest national economy, second biggest in Europe behind Germany, is the only country in the world to possess sovereign territory on each of the five major continents and the only country to have been a founder-member of the United Nations Security Council, NATO and the European Union. Even after the cuts recommended in the latest French defense white paper, France is the only U.S. ally to muster a full-spectrum defense capability across land, air and sea, and with nuclear weapons of its own. France took the lead in Libya while the United States "led from behind. . . ."

How can France and the United States strengthen each other in the future? Our victories in the 20th century will mean little if we do not carry our standards forward into the 21st. . . . .

There is scope for collaboration that benefits us both, such as the Transatlantic Trade and Investment Partnership. Competitiveness provides the objective and the opportunity for us to continue and renew the relationship that has served to make us each other’s oldest ally – and to value why France matters in the years to come.

Nicholas Dungan is a senior fellow in the Program on Transatlantic Relations at the Atlantic Council in Washington D.C. and a senior advisor to the French Institute of International and Strategic Relations in Paris.  (photo: stuckincustoms/flickr)