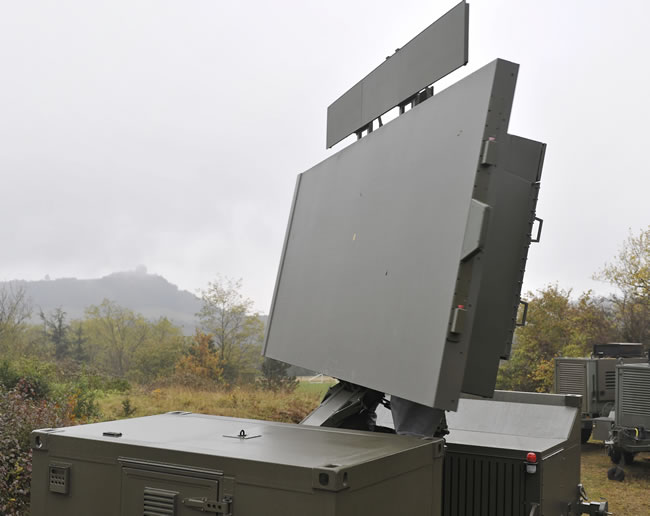 From Thales Raytheon Systems:  ThalesRaytheonSystems (TRS) has been selected by the French defense procurement agency (DGA) to supply the French Air Force with a Ground Master 406 radar base and provide on-site support at Nice Mont-Agel airbase. The contract, awarded on September 7, 2012, calls for the supply and installation of a Ground Master 406 (GM 406), associated civil engineering,through-life support for three years with guaranteed operational availability of 98%, and information system security for the radar base.

This new-generation radar, the cornerstone of France’s airspace surveillance capability, will be integrated with the air defense network of the SCCOA air command and control system to provide airspace monitoring, which is a high-priority mission under the country’s Permanent Security Posture (PSP). France has already acquired a radar station based on the GM 406 that will be part of the protection of the Kourou spaceport in French Guiana.

The new GM 406 radar will be coupled with the NATO ACCS C2 centers, the SCCOA system and C3M system (the deployable component of the French SCCOA program) centers as well as Navy and Army installations.  (photo: Thales)   (via @jdcushman)