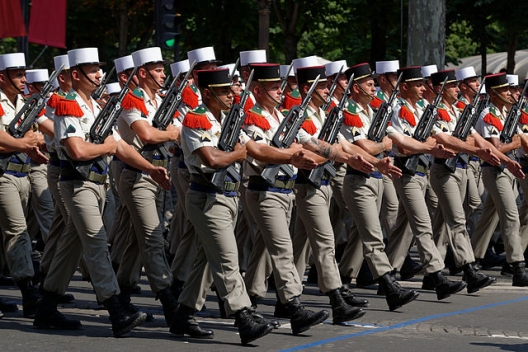 From NBC News:  France will increase its defense budget by 3.8 billion euros ($4.2 billion) over four years from 2016 to ensure the army can tackle problems at home and maintain missions abroad, notably in Africa and the Middle East, President Francois Hollande said.

“France is facing big threats internally and externally,” Hollande told reporters on Wednesday after a defense cabinet meeting. “Security, protection and independence are principles that are not negotiable.”

From Lisa Bryant, Voice of America:  “The extra funds will go to boosting personnel and equipment to shore up security and the fight against terrorism. Of the 10,000 soldiers deployed across the country since the Paris terrorist attacks, 7,000 will become a permanent force,” he said.

Hollande said the money will also help protect French forces overseas, in places like the Central African Republic, the Sahel region and Iraq. He said France had a duty to protect those who came under threat, but also defend the country’s security.

He said security, protection and independence are non-negotiable principles.In addition, an estimated 18,500 defense jobs are to be saved out of 34,000 the government had previously planned to eliminate.