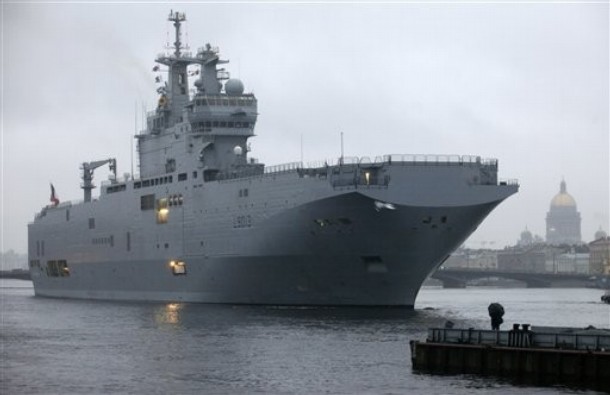 Russia hopes to buy four Mistral class warships to modernise hardware that was exposed as outdated during its war against Georgia in 2008. France has said it is willing to sell the ship, but talks have got bogged down over technology sharing.

"We will build with our Russian friends the two (Mistral)," Sarkozy told workers at a shipyard in Western France. "The contract is still in negotiations, but the decision is taken … it’s certain," he said.

The deal is expected to be sealed by year-end, an executive at the ship yard told reporters.  (photo: AP)