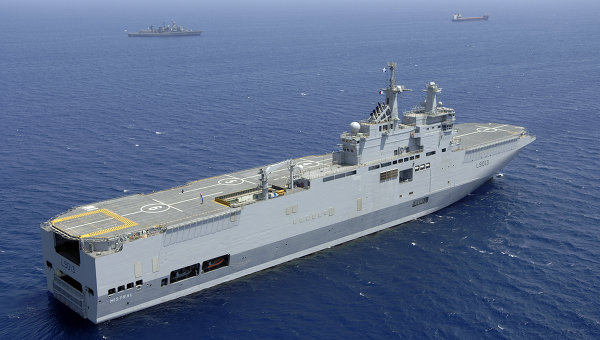 From RIA Novosti:  The first Mistral class amphibious assault ship for Russia will be laid down at the start of February in a French shipyard, a military industry official told RIA Novosti on Tuesday.

"The first of two Mistrals will be laid down in the first few days of February in St. Nazaire," said deputy director of the Federal Service for Military-Industrial Cooperation, Alexander Fomin. . . .