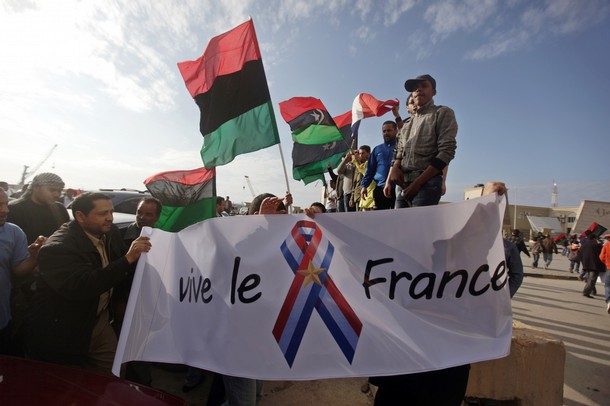 From Sylvie Corbet, the AP:  France is joining Britain in sending military officers to Libya to help rebel forces organize and bolster the NATO air campaign that has failed to rout Moammar Gadhafi’s military.

France insisted Wednesday that it is not ready to send ground troops of its own into Libya, but says the U.N. Security Council should consider it. NATO, leading the U.N.-sanctioned international military operation to protect civilians, now acknowledges that airstrikes alone cannot stop the heavy shelling by Gadhafi’s forces.

"There will be a small number of liaison officers at the sides of (Libya’s opposition governing council) to carry out liaison missions aimed at organizing the protection of civilians," French government spokesman Francois Baroin said Wednesday after a Cabinet meeting.

He did not say how many officers would go, or where. He insisted that such a move conforms to the U.N. resolution authorizing the international military campaign in Libya.  (photo: Getty)