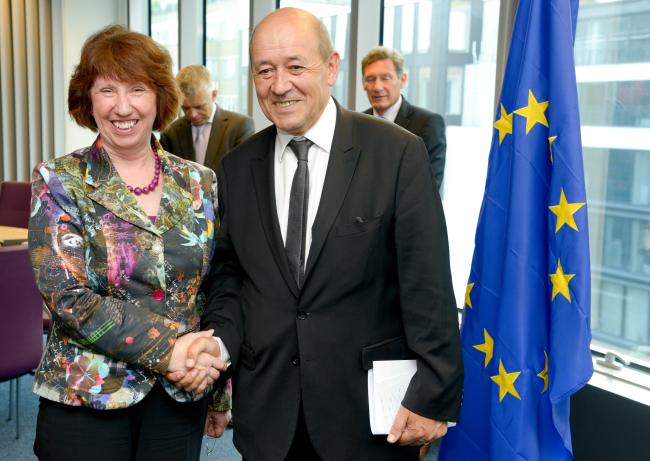 From Europolitics:  French Minister of Defence Jean-Yves Le Drian believes that the ‘Europe of defence’ should move forward, namely because of the budget difficulties many countries are facing. “It is obvious that the situation is opportune” and that all the conditions “are present for us to move forward with the Europe of defence,” Le Drian told reporters in Brussels, on 3 September, after his meeting with the President of the European Council, Herman Van Rompuy.

The minister cited four conditions: first, “the threats” that Europe faces are “still strong;” second, the US has started a “strategic reorientation” by prioritising the Asia-Pacific region; third, “the budget constraints” in European countries; and fourth, the fact that “Europe is searching for its destiny. . . .”

A summit meeting of the heads of state and government to give new dynamism to the ‘Europe of defence’ is on the cards for late 2013.  (photo: European Commission)