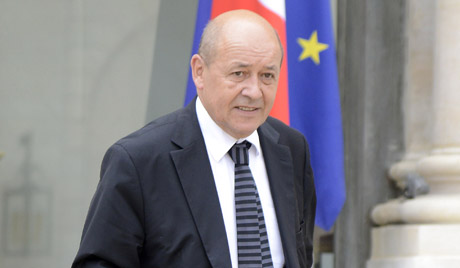 From Pierre Tran, Defense News:  French Defense Minister Jean-Yves Le Drian was due to meet European Union and NATO senior officials in a first visit to Brussels as part of France’s drive to relaunch a European defense initiative , the defense ministry said in a Sept.3 statement. . . .

Le Drian is looking to revive a cross-border European defense effort in line with commitments made by French President François Hollande.

Le Drian has, since taking office in June, held meetings with his counterparts for Britain, Germany, Italy, Spain and Poland to discuss boosting European military capability. That objective is in part a response to the U.S. strategic pivot to the Pacific and a reduced American presence in Europe.  (photo: MediaBeNews)