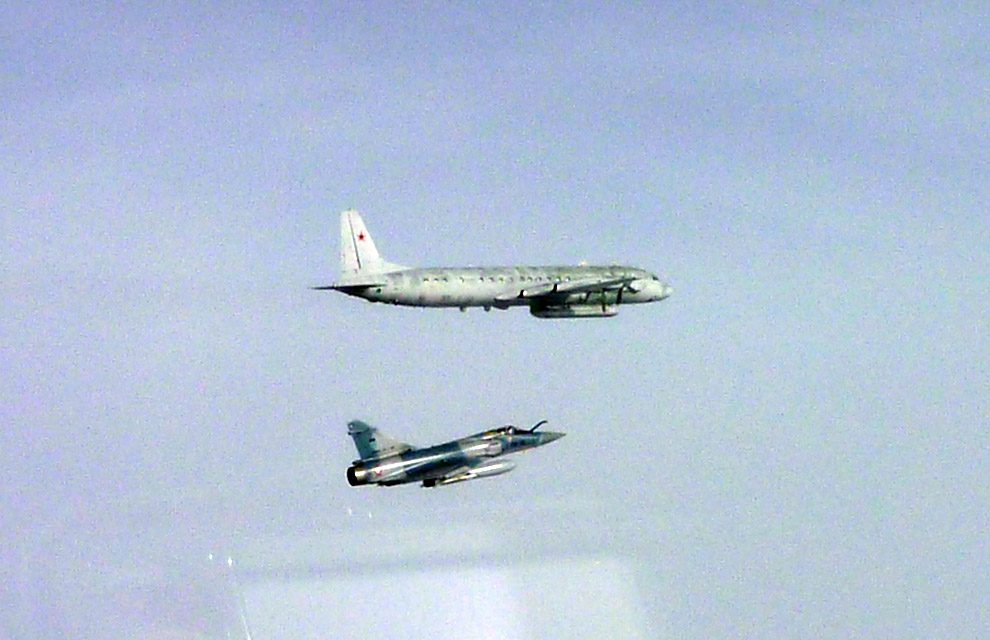 From Allied Command Operations:  On 02 May, 2011, two French Mirage 2000 RDI fighter jets on operational duty took off for the first time on real alert (Alpha Scramble) from the air base in Siauliai, Lithuania, as part of Operation 2011 Baltic air policing above the Baltic countries.

At 4:58 p.m. the siren sounded at the Wing Operations Center. Four minutes later, two French Mirage 2000-C took off. Their mission; to intercept a Russian aircraft classified as "doubtful." Specifically, they investigated an aircraft that entered the Baltic airspace and did not meet all criteria defined in the rules for identification and classification of NATO. The Mirage 2000-C pilots then formally identified the Russian aircraft and proceeded to active measures of aviation security (MASA) that are ordered by the Air Operations Center of NATO Uedem, Germany.

The Mirage 2000-C pilots quickly verified the aircraft was "doubtful. " Visually, the pilots identify an Ilyushin 20 Coot-A, a Russian transport plane. After checking all the criteria were missing, the Mirage 2000 were ordered to escort the Russian aircraft over a few tens of nautical miles and then returned to base.  (photo: Allied Command Operations)