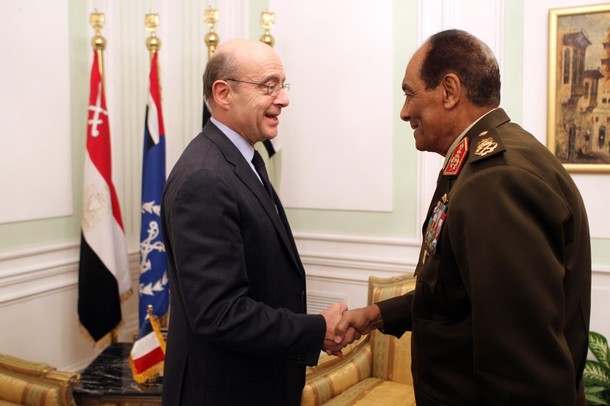 From AFP:  Several Arab nations are prepared to take part in a military operation in Libya to stop the advance of leader Moamer Kadhafi’s forces, French Foreign Minister Alain Juppe wrote on his blog on Wednesday.

"Only the threat of force can stop Kadhafi. It is by bombarding, with the few dozen planes and helicopters he really has, his opponents’ positions that the Libyan dictator has turned the balance.

"We can/could neutralise his airborne means by targeted strikes.

"That’s what France and Britain have been proposing for two weeks. On two conditions: getting a mandate from the United Nations Security Council, the only source in international law for using force; acting not only with the support but also with the concrete participation of Arab nations.

"This second condition is in the process of being satisfied: several Arab countries have assured us that they would take part."  (photo: Getty)