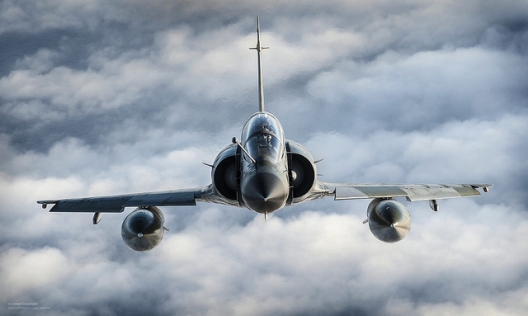 According to the appropriations statute that follows and implements the white paper’s program, the French defense budget will flat line at €3.38 billion over the next two years and creep ever so slowly to €32.51 billion in 2019. A decline, to be sure, from the resource expectations set out in the 2008 white paper—but not as precipitous as some had predicted.

Although not as confident sounding as the 2008 white paper with regard to France’s ability to meet the security challenges of the current year, the 2013 white paper nevertheless maintains the country’s core strategic ambitions by protecting the defense budget in three areas: “autonomy in decision-making, protection of the French territory, [and] nuclear deterrence.” The question, however, is whether even after fending off more serious cuts, there remain sufficient resources for France to retain its capacity to field an adequately sized, fully trained, and modernized force that can meet those strategic goals.

Indeed, there is already a gap of approximately €45 billion between the military’s past plans and resulting budgets. And should the French economy continue to lag, there will be pressure again to look to the defense budget for additional savings. In short, is the 2013 white paper a realistic assessment of the future of French defense capabilities, or does it signal the start of a subtle but noticeable decline in the country’s strategic ambitions? . . .

Army. The French army retains 106,000 soldiers in 81 specialized regiments, making it one of the largest armies in Europe. It is also one of the best equipped with VBCIs, an integrated infantry combat system (FELIN), self-propelled howitzers (CAESER), and attack helicopters (Tiger).[24] But getting the most out of this equipment requires sustained training. In 2012, the army’s days for training were down to 105 even though the law governing the French military for 2009–14 had authorized 120. . . .

Again, in an effort to reconcile reduced resources with the necessities of keeping the force modernized and trained, the white paper states that the army will make significant cuts to existing fleets of tanks and combat vehicles, while moving forward with a new generation of SCORPION networked armored combat vehicles. At the same time, however, the 2013 white paper has called for cutting in half the 2008 white paper’s goal of being able to deploy 30,000 French troops. As the French chief of staff said, the 2008 white paper’s objective was “unattainable” given current resources. This reduction in capability has been criticized by others, including General Vincent Desportes, former head of the Joint Service Defense College, who suggested that this and other measures laid out in the 2013 white paper would “[relegate] France to a second tier. France will be unable to influence major strategic options internationally. Its role will be that of a junior partner. . . .”

Navy. The French navy now has 1 aircraft carrier, 75 vessels and logistics ships, 4 nuclear-powered SSBNs, 6 nuclear-powered attack submarines, and less than 40,000 men. Since 2008, navy personnel have been cut by 6,000. Nineteen ships were taken out of service between 2009 and 2012, and only four new ships were added. According to Admiral Bernard Rogel, navy chief of staff, the size of the French fleet is “sufficient but just barely.” That said, the navy’s budget for 2013 is set at €4.273 billion, the highest budget for equipment in the French armed forces. . . .

Air Force. The French air force has also undergone profound changes since 2008. Personnel numbers dropped from 66,000 to 50,000, its air fleet was reduced by 30 percent, 6 fighter squadrons were disbanded, and 8 air bases in France plus another 4 overseas were closed.

The 2013 white paper has announced that the air force fleet will be further reduced; the stated objective is 225 aircraft in place of the 300 planned in 2008. This means the air force will also reduce its orders for the Rafale multirole fighter and will look to extend the life of existing Mirages. In addition, the air force will be reducing the number of aircraft available for major operations from 70 to just 45.

The air force is the branch of the armed forces with the most obvious capability gaps that, in turn, are in tension with France’s efforts to maintain its strategic autonomy. The French fleet lacks long-distance strategic airlift. France has no equivalent to the US Air Force’s C-5 Galaxy or C-17 Globemaster III. France’s fleet of smaller tactical transport aircraft is composed of 54 C-130 Hercules and Transall aircraft. The lifespan of the C-160 Transall, which was put into service in 1967, has had to be extended because of delays in production and deliveries of Airbus A400Ms. . . .

French military ambitions are increasingly limited by the economic crisis and France’s fiscal problems. As a percentage of French GDP, defense is less of a national priority today. (In 1997, the military budget equaled 2 percent of GDP; today, it stands at approximately 1.5 percent.) That said, France’s decision to intervene in Mali this past year is a sober reminder of France’s need to maintain serious military capabilities to protect its interests and address the existing gaps in needed capabilities.

But the actual risk France runs lies less in the condition of today’s French forces than in their future state. Essentially freezing the defense budget for several years as planned will cost the French military in a number of ways. By not replacing equipment in an orderly fashion, an increasing portion of the defense budget will go to maintaining aging equipment; already, the amount devoted to maintenance is up by 8 percent in 2013. Indeed, according to the French chief of the defense staff, estimates in 2013 for the availability of armored personnel carriers, frigates, and combat planes would be 40, 48, and 60 percent, respectively.