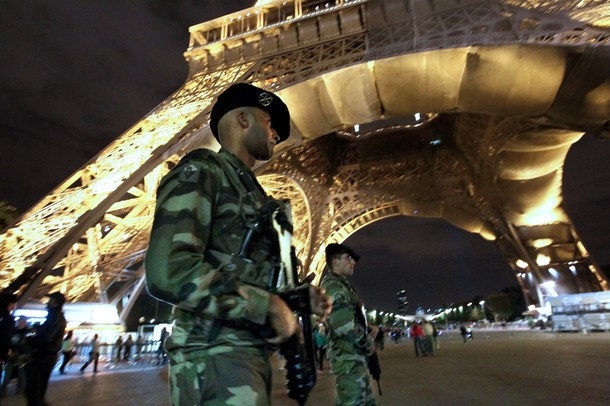 From Scott Sayare and Eric Schmitt , the New York Times:  Saudi intelligence officials have informed France that Al Qaeda’s affiliate in Yemen may be planning an attack in France or Europe, the French interior minister said Sunday.

The minister, Brice Hortefeux, said in an interview broadcast on French radio and television that France had received the information “just a few days ago.”

Mr. Hortefeux described it as “a new message from the Saudi services telling us that Al Qaeda in the Arabian Peninsula was without doubt active, or planned to be active” in Europe, “and notably, France.”

“The threat is real and our vigilance is total,” he said, noting that he met last week in Paris with the Yemeni president, Ali Abdullah Saleh.  (photo: Getty)