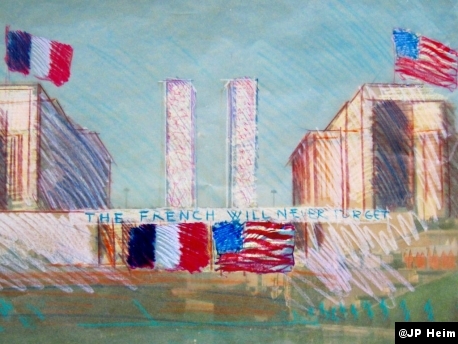 From Jim Drape, the Air and Space Power Journal:  Since the fall of the Berlin Wall, the French have intervened in many conflicts in Africa and have courageously fought alongside Americans in nearly every recently assembled coalition , including the first Gulf War, Bosnia, Kosovo, and Afghanistan—with the notable exception of Iraq. However, despite jokes to the contrary, French opposition to the second Iraq war had nothing to do with cowardice, stemming instead from confidence in their intelligence sources, which had concluded that Saddam Hussein didn’t possess weapons of mass destruction. Thus, they pushed for further weapons inspections to bear this truth out, arguing that Saddam did not pose the immediate threat portrayed by the American administration.

Currently, the French have the fourth largest contingent in Afghanistan and, correspondingly, have had the fourth largest number of servicemen die in the conflict—78 to date. Beyond Afghanistan, France is one of the few countries with air force bases outside its territory, having them in strategic hot spots such as Djibouti as well as the United Arab Emirates, directly across the Strait of Hormuz from Iran. Finally, and perhaps surprising to many people, the French air force capably led the coalition’s enforcement of United Nations Resolution 1973, which called for a “no-fly zone” over Libya to protect the civilian population.

In addition to these efforts at the national level, one can reflect on two recent events that highlight individual acts displaying both American and French courage in the current conflict in Afghanistan. Recently, Gen Norton A. Schwartz, the Air Force chief of staff, awarded the Distinguished Flying Cross with valor to a young French major in the 41st Rescue Squadron from Moody AFB, Georgia. During a deployment to Afghanistan, the major gallantly launched as part of a four-ship task force sent at night to rescue a British casualty whose injury put the lives of 160 British soldiers in jeopardy. Evading rocket-propelled grenades, he successfully rescued not only that soldier but also another, enabling the ground unit to complete its mission.

Three days previously, under the austere backdrop of the forward operating base in Kapisa, French brigadier general Emmanuel Maurin, commander of French ground troops in eastern Afghanistan, awarded three American Airmen the French National Defense Medal for their heroic actions during a nighttime helicopter rescue of two French airmen whose Gazelle attack helicopter had crashed in inclement weather. Dispatched to find the downed pilots, they dropped off their rescue crew, who found the French pilot waving a strobe light but unable to move his legs. The crew then found the copilot, still strapped to his seat, which had dislodged and slid to the back of the helicopter. The 37-year-old veteran of conflicts in Croatia, Kosovo, and the Ivory Coast was valiantly struggling to breathe, so the Airmen made a small incision in his neck and inserted a breathing tube. The helicopter ferried the two injured men to the hospital at Bagram Airfield. Although the pilot survived and is expected to walk again, tragically, the copilot died, leaving behind a widow and four children in France.

As these vignettes poignantly demonstrate, the French serve courageously beside their American allies in Afghanistan, and in some cases, like the French copilot, they die pour la patrie (for the homeland). . . .

In this new era, we don’t have the luxury of dismissing those with whom we disagree as “mere irritants” or branding them the enemy. As emphasized in the recently released national defense strategy, the United States must partner with its European allies. Yes, we need the French. Through professional military education, American Airmen have become familiar with Sun Tzu, who wisely wrote that to win a war, one must know the enemy. But in this new post-9/11 era, in which fiscal realities and the diverse nature of the threat necessitate a network of global partnerships, it is perhaps more important—and at times even more difficult—to understand our allies. As articulated by Secretary of the Air Force Michael Donley and General Schwartz in the "2011 US Air Force Global Partnership Strategy:"

The impacts of the global economic crisis, violent extremism, shifting regional balances of power, and the proliferation of advanced technologies will characterize the future security environment, making it unlikely for any one nation to address every global challenge and priority alone. With this guidance, we are increasing our emphasis on developing access and relationships with international partners while forging coalitions to meet both current and emerging global strategic challenges. Successful partnership development optimizes interoperability, integration, and interdependence between coalition forces while providing our partner nations the capability and capacity to resolve national security challenges on their own merit.

As the Le Monde editorial observed, both France and the United States realize that what unites them, such as common democratic values, necessitates a vibrant partnership to meet the challenges of this new era. We need to move beyond our stereotypes in order to build a strong and lasting partnership with France.