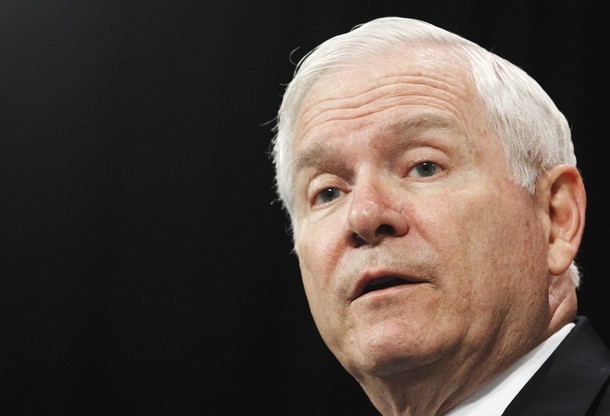 In his final policy speech as Pentagon chief, Gates questioned the viability of NATO, saying its members’ penny-pinching and lack of political will could hasten the end of U.S. support. . . .

"Future U.S. political leaders – those for whom the Cold War was not the formative experience that it was for me – may not consider the return on America’s investment in NATO worth the cost," he told a European think tank on the final day of an 11-day overseas journey. . . .

"The blunt reality is that there will be dwindling appetite and patience in the U.S. Congress — and in the American body politic writ large — to expend increasingly precious funds on behalf of nations that are apparently unwilling to devote the necessary resources or make the necessary changes to be serious and capable partners in their own defense," he said.

Without naming names, he blasted allies who are "willing and eager for American taxpayers to assume the growing security burden left by reductions in European defense budgets. . . ."

"What I’ve sketched out is the real possibility for a dim, if not dismal future for the trans-Atlantic alliance," he said. "Such a future is possible, but not inevitable. The good news is that the members of NATO – individually and collectively – have it well within their means to halt and reverse these trends and instead produce a very different future."

Gates has said he believes NATO will endure despite its flaws and failings. But his remarks Friday point to a degree of American impatience with traditional and newer European allies that in coming years could lead to a reordering of U.S. defense priorities in favor of Asia and the Pacific, where the rise of China is becoming a predominant concern. . . .

In a question-and-answer session with his audience after the speech, Gates, 67, said his generation’s "emotional and historical attachment" to NATO is "aging out."

He said he is not sure what this means in practical terms. But if Europeans want to keep a security link to the U.S. in the future, he said, "the drift of the past 20 years can’t continue." (photo: Reuters)