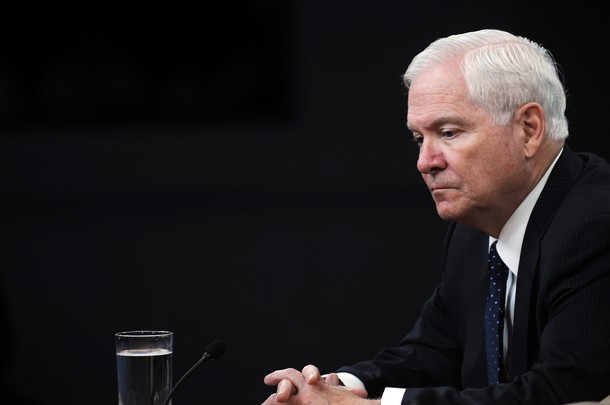 From Bob Woodward, the Washington Post:  The military did not understand, he [President Obama] said. "It’d be a lot easier for me to go out and give a speech saying, ‘You know what? The American people are sick of this war, and we’re going to put in 10,000 trainers because that’s how we’re going to get out of there.’ "

It was apparent that a part of Obama wanted to give precisely that speech. He seemed to be road-testing it.

[Deputy national security adviser Thomas] Donilon said [Defense Secretary Robert] Gates might resign if the decision was 10,000 trainers, an option the military leaders had all rejected in the early stages of the review.

"That would be the difficult part," Obama said, "because Bob Gates is . . .there’s no stronger member of my national security team."

No one said anything more about that possibility. …

"Can you support this?" Obama asked Gates. "Because if the answer is no, I understand it and I’ll be happy to just authorize another 10,000 troops, and we can continue to go as we are and train the Afghan national force and just hope for the best."

"Hope for the best." The condescending words hung in the air.

Excerpts from the first of three articles adapted from "Obama’s Wars" by Bob Woodward. (photo: Getty)