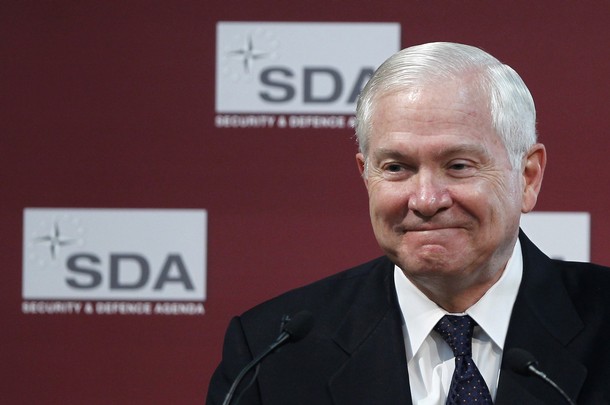 From Constanze Stelzenmüller, the Financial Times:  Last week America’s departing secretary of defence, Robert Gates, gave a valedictory “shock and awe” speech in Brussels in which he excoriated the military weaknesses of Nato’s European members. Absent serious efforts to address these, he thundered, the alliance’s future would be “dim if not dismal”. With all due respect to Mr Gates, however, matters are a lot worse than he thinks. . . .

The Libya intervention has exposed feeble military capabilities. But more than that it has exposed Europe’s shocking political weaknesses: ponderous national and collective decision-making, superficial understanding of foreign cultures, and ignorance and cavalier mistrust of our closest allies’ motives. Left unchecked, these flaws in time will undermine, and perhaps even destroy, Nato itself. . . .

Still, Mr Gates is right that Europeans are in denial that the ability to use (or at least credibly threaten) force remains essential for their security. We appear not to have understood that America is impatient for Europe to take responsibility for security in our own neighbourhood – and may soon be willing to withdraw, if that is what it takes to get the message across. How, indeed, can Europeans hope to be taken seriously as a foreign policy player if we cannot even resolve our own “frozen conflicts”, or if we refuse to recognise that the fate of Libya and Syria is more bound up with our continent than with America? . . .

Ultimately Mr Gates was right to single out the biggest risk of all: on both sides of the Atlantic, fearful publics are becoming increasingly inward-looking and critical of foreign engagements. A transatlantic alliance in which America and Europe pull up their drawbridges: that would be a truly dismal prospect.

The writer is a senior transatlantic fellow with the German Marshall Fund in Berlin.  (photo: Reuters)