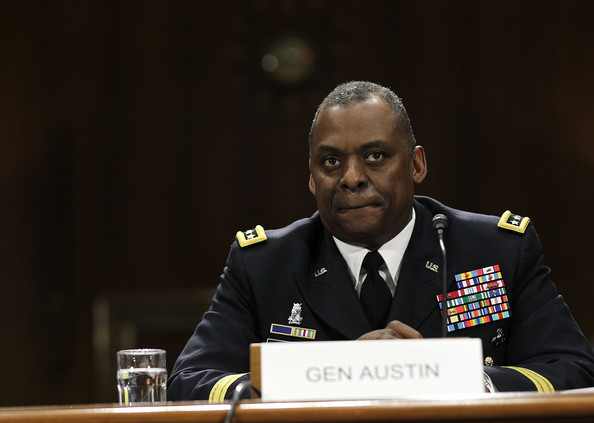 From Army Times:  Army Vice Chief of Staff Gen. Lloyd Austin will be nominated to be the next commander of U.S. Central Command, the Defense Department announced Thursday.

If confirmed by the Senate, Austin, who became the vice chief in February, would succeed Marine Gen. James Mattis. . . .

“Lloyd Austin … is one of the military’s most seasoned combat leaders, with extensive experience in the CENTCOM area of responsibility,” Defense Secretary Leon Panetta said in a statement.

Austin, a 1975 West Point graduate, led the 3rd Infantry Division “from the front in the opening months of the Iraq war, earning a Silver Star for valor,” Panetta’s statement said.

He later commanded the 10th Mountain Division in Afghanistan, led Multi-National Corps-Iraq from February 2008 until April 2009, and then commanded U.S. Forces-Iraq from September 2010 through the completion of the mission in December 2011. . . .

There is no word yet on who might succeed Austin as the Army’s second-most senior officer, officials said.  (photo: Alex Wong/Getty)