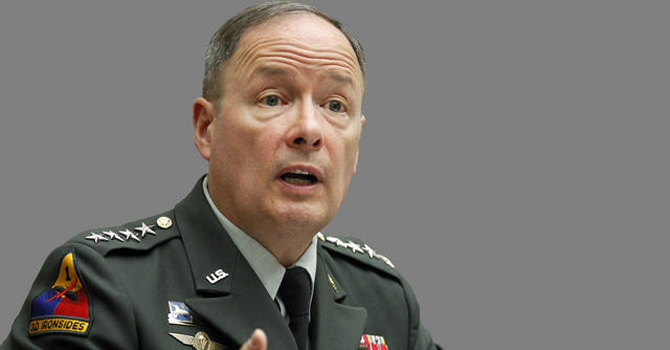 From AFP:  Hackers are stepping up the intensity of their attacks, moving from “disruption” to “destruction” of key computer systems, the top US cyber-defense official said Monday.

General Keith Alexander, who is director of the National Security Agency and commander of the US Cyber Command, told a Washington forum that the new tactics could move beyond mere annoyances and begin causing severe economic damage.

“We are seeing the threat grow from exploitation to disruption to destruction,” he told the group at the Woodrow Wilson Center.

He argued that these attacks could impact organizations ranging from stock markets to power grid operators — “all of that is in the realm of the possible.” These types of destructive attacks can wipe out data, which could bankrupt a company or disable the control systems operating key infrastructure.